With the economy in turbulence, some Canadians have openly started to wonder whether our housing market may 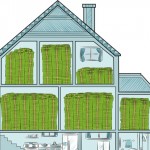 be next. Despite that possible scenario, the temptation to buy, renovate and then sell real estate at a profit is still irresistible for many. And, if you don’t know how to get started, a number of U.S. TV shows have debuted in the past couple of years with names such as Flip or Flop, Flip it Forward and, most recently, Flip Addict that will walk you through the process.

You should be aware, however, that if you are indeed successful in making a profit from your real estate activities, the taxman will be watching and will want a piece of the action. Of course, just how big a piece he’ll want depends on whether your profitable sale is treated as a capital gain, in which case only 50% is taxable, or business income, in which case 100% is subject to tax.

Take a recent tax case involving a Montreal woman who found herself in Tax Court fighting CRA reassessments for her 2007, 2008 and 2009 tax years, in which she disposed of six real estate properties and reported over $100,000 in profits as 50% taxable capital gains. The CRA sought to reassess these transactions as business income and thus fully taxable. Of note, the average holding period of five of these properties was nine months and she financed her properties through a closed, one-year mortgage.

The taxpayer’s argument was that she wanted to keep the real estate “in order to generate rental income and extra income during retirement,” even though she reported significant rental losses in two tax years and she didn’t keep any of her properties for the long term. Responding to these counterarguments, the taxpayer stated that the reason she sold the real estate within such a short time frame was that “rents were too low.” This argument didn’t fly with the CRA who maintained that the taxpayer “has a lot of experience and could not have been unaware that the price of income properties is determined on the basis of rents.”

While the Income Tax Act itself doesn’t list the criteria to distinguish when profits are taxed as business income rather than a capital gain, the case law has developed a number of factors that should be taken into account in making this distinction.

The judge, upon reviewing the applicable criteria in this particular case, concluded that “it is much more probable and likely” that the Montreal taxpayer acquired the properties for the purpose of reselling them at a profit “at the earliest opportunity” rather than holding them as long-term investments with the intention “to build a diversified retirement portfolio,” and that her main intention was to make short-term investment returns.