MISSISSAUGA, Ont. — Canada can expect an “exceptionally healthy” housing market in 2014 thanks to improvements in the overall economy that helped produce a surge in the latter half of this year, a leading real estate 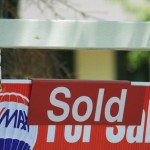 With the condo market in Canada growing rapidly and the square footage of each unit shrinking, is rental storage a solution for crowded living?

Meanwhile, the outlook is for the residential housing market to remain in “clear balanced territory” throughout 2014, although some pockets and price points may see continued shortages.

Re/Max says its optimism is largely based on an improved outlook for Canada next year which is expected to see the country enjoy economic growth second only to the 2.8% rate of the United States among Group of Seven countries.

And it says that while Canada’s economic growth is currently forecast at 2.3% , it could move higher given the impact of strengthening global economies on the Canadian manufacturing sector.

As a result, the momentum that emerged in the latter half of the year is expected to spill over into 2014, setting the stage for continued growth and expansion in most residential markets, Re/Max said.

Overall, 23 of 25 markets surveyed, or 92%, are set to experience average price increases by year-end 2013, with Hamilton-Burlington the leader at 7.5%, followed by Barrie, Ont. and District at 7%, Calgary and St. John’s, NL, at 6%, and Greater Vancouver, Winnipeg and the Greater Toronto Area at 5%. 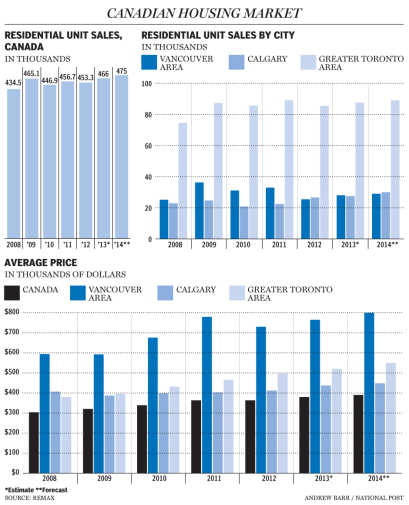 The forecast for 2014 shows the upward trend continuing, with values expected to again climb in 92% of markets surveyed, led by Greater Toronto at 6%.

Quebec and Atlantic Canada have been the exceptions to the rosy performance in 2013, with sales expected to fall below 2012 levels.

But even there things should improve next year, Re/Max said.

Although there are several factors that are expected to contribute to rising housing prices on a national basis, one of the most pressing is build out, Re/Max said.

“Nowhere is that more obvious than in Vancouver, where the mountains and the ocean have prevented further growth, and the Greater Toronto Area, where the greenbelt has stymied future development.”

“As such, the availability of low-rise homes relative to the population is expected to contract, placing further pressure on prices,” it said.

“In fact, the trend already underway in Vancouver and Toronto, has gained serious momentum in smaller markets where cities are moving to infuse vibrancy into the urban core through mixed-use residential/commercial/retail development.”