It could become a growing solution to our retirement savings problems, but opponents of reverse mortgages warn their spike in popularity c 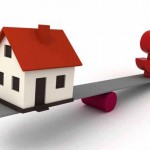 HomEquity Bank, which is owned by Birch Hill Equity Partners, and is behind the Canadian Home Income Plan, said reverse mortgages are up 26% year-to-date compared to the same period a year ago. It’s still a relatively tiny chunk of the 5.5 million mortgages outstanding, considering HomEquity only expects to issue about 3,000 reverse mortgages this year.

Related How to prepare your home for a quick, profitable, summer sale How record low interest rates are helping us pay off our mortgages faster A mortgage rate below 2% — but be ready for some surprises But is it a solution for people whose retirement savings don’t match their retirement spending? The interest costs, which are generally above market rates for a traditional mortgage, will ultimately eat into home equity and not leave much behind for heirs.

“A reverse mortgage is the last, last choice I consider for my clients,” says Lise Andreana, a certified financial planner with Continuum II Inc. who is based in Niagara-on-the-Lake. “It’s basically when they’re running out of money to live on.”

Jeff Spencer, vice-president of national sales for HomEquity Bank, says he’s heard it all before. He thinks it’s time Canadians start thinking about their home as part of their financial plan and incorporate a reverse mortgage into their strategy.

CARP, which represents retired Canadians, says two-thirds of the workforce — or about 12 millions working Canadians — do not have a workplace pension plan. Faced with a savings shortfall for retirement, their house can fill the gap.

“We think real estate needs to be treated very differently in a retirement plan. It’s not a passive asset but an active asset that is utilized at the start of retirement,” said Mr. Spencer, adding his company has created a new plan that starts delivering cash flow as soon as you retire as opposed to when you run out of cash.

The advantage of a reverse mortgage is you can take money out of your home and it is not taxed, which allows you to deplete your registered retirement income fund at a slower pace and potentially put yourself in a lower tax bracket. It might even help avoid clawbacks to Old Age Security by lowering your income threshold.

Canada Mortgage and Housing Corp. says reverse mortgages have been around since 1986 and generally allow you to take anywhere from 10% to 40% of the equity out of your house with the caveat that your interest rate will be about 150 basis points above the conventional rate for a five-year mortgage.

Mr. Spencer paints a scenario where a client might have a $1-million house paid off at 65 and qualify for a $350,000 mortgage. You could divide that amount over say 25 years.

“You might offset any type of interest you might accumulate on the reverse mortgage [with tax savings],” he says, acknowledging clients pay about 1.5 more percentage points above prime. “More importantly, it extends the horizon time on your portfolio.”

He says with life expectancy on the rise, this type of planning is going to become necessary or people are simply going to run out of money.

“When people retired at 65 and had a life expectancy of 75, we didn’t have to get too complicated with their retirement plan. They wouldn’t go through their investable assets even,” said Mr. Spencer. “But when you are retired as long as you are working, you need to utilize all of your assets.’

Plus, the real issue is people don’t want to leave their homes until they have to which is something a reverse mortgage accomplishes.

Ms. Andreana cautions if you do get a reverse mortgage, make sure both spouses names are on the contract because you can be pushed out after the spouse with the mortgage dies otherwise.

Still, she thinks the reverse mortgage could take off because people who are retired now are finding they are not making it financially. “They are in retirement for 10 years and their savings are running out and inflation is eating away at the lifestyle they’ve become accustomed to.”

Her recommendation is not the reverse mortgage but rather to sell your house outright if you can “stomach” the idea of moving. “You can only get so much money out of a reverse mortgage,” says the financial planner.

Phil Soper, the chief executive of Royal LePage Real Estate Services, agrees it is an expensive way to borrow but he can see the option making sense in some circumstances.

“You have someone who is older and quite sure they want to live in their home for an extended period of time and have limited other resources to draw upon,” he says, adding that the higher rate has to compensate for risk to the lender that your house could drop in value or you end up living in it longer than anticipated.

“In Canada, it’s been a pretty safe bet for reverse mortgage providers because over the long term, homes have risen 4% to 5% [annually],” says Mr. Soper.

As for the future, based on the strength of the housing market and the low savings rate, Mr. Soper says reverse mortgages just might become more popular.

“Conceptually, reverse mortgages are a way for people to consume the equity they have built up in their lifetime,” said Mr. Soper, who believes you provide for your children all your life so that home is yours. “If their wealth is tied up in their home, it will be something to consider.”