Consider the financial misery factor before you buy a house. 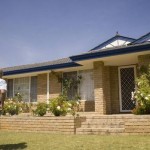 A poll to be released Tuesday by Manulife Bank indicates that almost 30 per cent of homeowners are very unhappy with how they’ve managed their debt and day-to-day finances in 2013, and only 43 per cent are very happy.
(Martti Salmela/iStockphoto)

That’s where the constraints of paying a mortgage and all the other usual costs of living leave you feeling frustrated and unhappy about your finances. Even real estate agents concede that such a phenomenon exists. “It’s been disturbing to watch runaway housing prices weigh down young families, constrain their daily lives, and make it near impossible for children to live in the same city as their parents,” a Toronto realtor said in a recent e-mail.

A poll to be released Tuesday by Manulife Bank amplifies this sense of a home handcuffing you financially. It indicates that almost 30 per cent of homeowners are very unhappy with how they’ve managed their debt and day-to-day finances in 2013, and only 43 per cent are very happy.

There are multiple explanations of why so many homeowners are unhappy with their finances. Some lack the restraint to live within their means, and then give in to inertia instead of taking action. The decline of middle class prosperity, which is being well covered in a Globe and Mail investigation called The Wealth Paradox, also plays a role. So do central bankers, who have created a new normal of irresistibly low interest rates to bridge us across the economic stagnation caused by the financial crisis five years ago.

But if homeowners are dissatisfied about how they’re managing their finances, we must also consider their single largest expense on month-by-month basis. That would be the mortgage payments they’re making on their homes.

The problem with housing is that it’s expensive compared to our incomes. I will document this further in an upcoming column, but for now let’s just say that mortgages plus other basic costs of day-to-day living, such as cars and daycare, may leave us with little money left over. And so we borrow more through credit lines and credit cards. That’s our unofficial second income.

The Manulife survey shows homeowners are not happy about how things are working out, which is noteworthy. We’ve been borrowing madly as a nation for the better part of five years now, and the story has so far been cast as one of imprudent behaviour. Here, we get a sense that there’s a cost in stress and angst.

This is particularly true for younger Canadians, according to Manulife. In the age 30 to 39 range, just when people are buying first houses, 38 per cent of homeowners are very happy with their debt management and 31 per cent are very unhappy.

Manulife believes these people can address their problems with better debt management techniques and solid advice. Maybe so. If they cut spending or use a budget, they could pay extra money down against their debt principal and get out of debt sooner. Consolidating high-cost debts in a low-rate line of credit or mortgage refinancing may also help.

But the best way of managing debt is to keep it under control from the get-go, and that brings us back to housing. The October resale housing numbers showed a modest pullback in sales nationally from the previous month, and that had some market watchers saying the market is slowing but stable because of reasonable levels of affordability.

If houses are affordable, then why are so many homeowners unhappy about their financial situation? We should talk more about this because we’re not living in a rising economy that lifts all households. Wage and salary increases aren’t raining down on us. Moreover, interest rates will at some point start to rise and make it even more difficult to manage our debts.

Will the financial burden of home ownership ease as you get older and presumably earn more? Depressingly, Manulife found that only 51 per cent of homeowners feel they will be able to retire debt-free.

Too many of us still think owning a house brings financial security and, in the past, it most certainly did. But houses have become so expensive in some cities that they now bring financial insecurity for those without well above average incomes.

Forget my lectures on this for a moment and listen to the silent voices recorded in the Manulife poll. A total of 2,132 homeowners aged 30 to 59 with household income of more than $50,000 were interviewed in September. Almost one in three of them isvery unhappy with how they’re managing their finances. Remember these voices if you’re stretching to buy a home.