Maybe there is one temptation out there to get Canadians to stop buying homes. Cheaper rent. 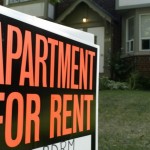 Women the new ‘wildcard’ in the condo market

The growing number of women buying condos might be creating a paradigm shift in the industry that planners didn’t expect. Find out more

Anyone sitting on the sidelines considering whether to buy a home in Canada might want to take a look at a recent report from the International Monetary Fund.

The group says that among countries in the Organization for Economic Cooperation and Development, Canada is now the most expensive place in the world to own relative to the cost of renting.

“In many OECD countries, the ratio of house prices to rents — a typical measure of price valuation — remains above historical averages, leaving room for price corrections down the road,” said the IMF, basing its comments on second quarter statistics for 2013.

The Canada Mortgage and Housing Corp. said this week rental rates across the country continue to rise but mostly at around the rate of inflation. The Crown corporation said the rents for an average two-bedroom apartment had risen to $901 a month by October, 2012, a 2% increase from the year before.

The IMF says Canada is the most expensive place to buy in the world using its housing to rent comparison, 85% above the average.

Could the tide finally be turning on Canada’s high rate of home ownership which reached 69% of households in 2011. Only 60.3% of households owned their residences in 1971.

Benjamin Tal, deputy chief economist of CIBC World Markets Inc., said he’s not surprised to see the numbers produced by the IMF and said the shift could be towards renting now.

“This is not a market for first-time buyers,” said Mr. Tal, noting rental rates increases have simply not kept pace with prices increases in the housing market.

Royal Bank of Canada says affordability further weakened in the third quarter, as prices began to rise along with mortgage rates. The bank said a typical Canadian bungalow requires 43.3% of household monthly pre-tax income based on mortgage payments, utilities and property taxes.

The Canadian Real Estate Association said the average existing home sold for $391,085 in October, a 9.8% increase from a year ago.

Sam Kolias, chief executive of the Boardwalk Real Estate Investment Trust, one of the largest apartment owners in the country, says there remains a cultural bias that continues to favour owning versus renting in Canada.

“Whether you are in rent controlled or not, our experience is rents over time track the consumer price index,” said Mr. Kolias, adding rising interest rates could go a long way to determining whether consumers still lean towards owning.

“Historically the gap between home ownership and renting is lower when interest rates are higher.”

Rock bottom interest rates have actually boosted home prices because they have allowed consumers to take on more debt by lowering monthly carrying costs of a mortgage.

Mr Kolias says high-ratio mortgages backed by the government, which allows consumers to buy into the market with as little as 5% down, have allowed young consumers to skip renting.

“A consumer will buy a home, even if it costs him more because they believe in the long run ownership is good because it’s a forced savings program,” he said.

But even the chief executive of Century 21 Canada, Don Lawby, said there’s no question housing prices in Canada have made renting attractive.

But, in defence of housing, he wonders whether people renting will just spend all the savings. “Rent for 20 years and what will do you with that money?” said Mr. Lawby, adding home ownership results in forced savings.

Still, he says the idea that home prices are high is really only relevant in three major markets, Toronto, Vancouver and Calgary.

But, even Mr. Lawby doesn’t think we can go much higher in home ownership penetration. “Are we going to end up at 75% to 80%? No, there is always going to be a segment of population that wants to rent.”