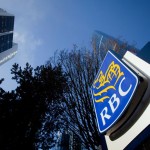 In the latest twist on the mortgage wars being waged by Canadian banks to win customers, Royal Bank of Canada is taking a page from auto dealers by offering “employee pricing” to home buyers.

The same interest rate offered to RBC employees is being given to customers seeking new and “switch-in” mortgages across Canada.

“This is a first for RBC, and a first for the big banks,” says Sean Amato-Gauci, senior vice-president of home equity financing at RBC. “Home buying season is competitive and cluttered, and it’s not just rates that get you noticed.”

He says the bank is confident it can “break through the clutter of price wars within the mortgage marketplace” by offering lower employee mortgage pricing to non-employees in “a twist on what’s being done in the auto industry.”

Canadian banks have been battling for mortgage market share – often a gateway to selling customers other banking services — with a variety of low-rate enticements, such as a recent 2.99% rate on a five-year fixed-rate closed mortgage at Bank of Montreal.

“I wouldn’t call it a price war… but price competition in the mortgage market remains as intense as it has been over the past several years,” says Peter Routledge, a financial services analyst at National Bank Financial.

When one bank drops its mortgage rates, others tend to follow, and Royal Bank is hoping to grab attention with its particular twist backed by a new advertising campaign.

“Rate-based advertising is inherently undifferentiated and easily replicable,” says RBC’s Mr. Amato-Gauci. “Our goal is to drive increased sales volumes, and we’re doing so advertising a simple and compelling message that resonates across industries or product lines.”

The mortgage price wars began a couple of years ago after federal officials took steps to cool the hot housing market to try to avoid a real estate bubble and rein in household debt loads. Former federal finance minister Jim Flaherty also let the banks know he wasn’t in favour of any tactics — including offering very low mortgage rates — that could drive demand for housing and contribute to a housing bubble. There was particular concern over home prices in Vancouver and Toronto.

But there is a sense this spring that the banks can operate more freely than in the past in trying to wrangle the biggest slice of the new mortgage pie, or wrest market share from one another. In March, federal finance minister Joe Oliver told reporters in Ottawa that “the government is gradually reducing its involvement in the mortgage market.”

A spokesperson for Royal Bank said the promoted “employee pricing” rate is set based on current rates when an application is made. It is so far being offered on four and five-year fixed rate mortgages sought between April 28 and June 6 of this year.