Say hello to your neighbour on top of you, below you and beside you – ask a Vancouver Mortgage Broker 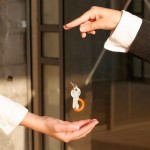 TORONTO — The dream of an affordable single-family detached home is fading fast. Rising land values and development costs mean even those trying to avoid high-rises will be living in more densely populated housing.

Whether the market is overheated remains to be seen, but you might be surprised by how many Canadian cities make the top 10.Keep reading.

It’s not something that is going to happen overnight, but evidence is mounting that ground-level housing is becoming tighter. To counter the costly state of home ownership, increasingly developers are looking to build more townhouses or townhomes and what is called mid-rise or stacked housing.

Doug Porter, chief economist with Bank of Montreal, says statistics from Canada Mortgage and Housing Corp. show an increase in the number of row houses, as a percentage of detached homes.

In the 1990s, you might have four or five single detached for every row house, now it’s more like three to one

“In the 1990s, you might have four or five single detached for every row house, now it’s more like three to one,” said Mr. Porter, adding that’s a Canada-wide figure.

It’s not like this is a completely new. Mr. Porter remembers buying his first house in the 1980s and it was a semi-detached home linked in the basement.

“The trend is just becoming even more obvious in recent years,” said Mr. Porter, agreeing a detached home is probably now out of the reach of many consumers.

Location always determines value, and small municipalities will probably continue to have affordable detached homes, but in large cities and even suburban areas that dream home is slipping away.

The Real Estate Board of Greater Vancouver said its benchmark price for a detached home in the region reached $932,900 in February. The area’s most expensive place to buy a detached home was West Vancouver with the average home selling for $2,145,200 last month.

Townhouses are just more affordable. In Toronto, the average townhouse sold for $545,043 last month while in the suburbs townhouses fetched on average $400,165. It’s the same story in Greater Vancouver with the benchmark index price for a townhouse $458,300.

Affordability issues are driving developers to look for accommodations that can make housing more financially accessible and a key strategy is increasing the density of the pricey land parcels they are acquiring.

In some regions of the country, land use policy encouraging density have helped drive the issue by allowing less vacant land to come on stream.

Niall Haggart, executive vice-president of the Daniels Corp. which builds all types of housing from high rises to single family residences in the Greater Toronto Area, says condominium construction costs have risen fast during the boom. There is a different type of expertise need to build with concrete as opposed to the wood of low-rise and it’s more expensive.

A solution to the problem has been what he calls building “stacks, back-to-back’ which is basically a block of townhouses with units at the front and units at the back and on different floors.

Daniels upped the ante on this type of housing by taking some of these complexes to four storeys high, which still allows the units to be built with low-rise trades keeping prices down and profits up.

“This evolution of density has become really important because building in concrete has become really expensive,” said Mr. Haggart. The towers at key urban locations can still sell because they can attract enough density to make projects work.

To put the density in context, traditional townhouses allow for about 14 to 18 units per acre, depending on some design factors. Daniels started with stacked and back-to-back and the density went to 26 to 27 units per acre.

“This gave us a greater variety of unit sizes but it also achieved more financially accessible units,” said Mr. Haggart, adding the next step was taking to four storeys which increase the density to 45 units per acre. Single family homes, by comparison, might generate just generate three or four units per acre.

About nine years ago his company built a development in an expensive area of mid-Toronto with a small seven-storey tower and some townhomes. It was the townhomes that sold first.

“It was an affluent buy down market, but people wanted into condominium lifestyle and they wanted their own front door amenity space as opposed to more communal living of a tower,” said Mr. Haggart.

The mid-density structures are still set up legally like traditional condominiums with corporations that run them but there is very little common area and that keeps the condos fees down.

Fees are slightly above 50¢ a square feet per month in Toronto towers, while the townhomes in Daniels average fees about $100/month. Even in the smallest units, the fees are a fraction of highrise condominium.

Sam Crignano, president Cityzen Developments, said during the housing downturn in 2009 his company had a development approved for 1,400 high-rise units but switched to stacked townhouses because of a belief they would sell better. It worked.

The units have one level of underground parking, then four stories above. There’s usually two small flats on the lower levels, and then on level three and four a pair of two-storey units.

“A [high-rise] condo you have to sell well above $500 per square foot just to break even,” said Mr. Crignano, adding government fees and obligations can amount to up $70,000 per unit in some GTA jurisdictions.

It’s not as if detached single family homes are disappearing overnight, but if you look around the GTA, the popular 46-foot lot — once the hallmark of that class of housing — is in short supply.

George Carras, president of RealNet Canada Inc., says there are only eights sites in the entire GTA region offering lots that size and only 31 homes were unsold at the end of 2013. It might have something to do with price as the average was going for $929,423.

“Housing choices are about substituting something, space or you go into a condo. You keep driving [away from Toronto] until you qualify,” he said, noting people can still buying those 46-foot homes — but in Niagara Falls, a commute of more than two hours to downtown Toronto.

Michael Geller, an adjunct professor at Simon Fraser University and a real estate consultant and developer, says the stacked townhouse is something he believes will make its way to the rest of the country.

“It provides a more affordable ownership opportunity in Vancouver,” said Mr. Geller. “No doubt, Vancouver, Calgary and other Canadian cities are copying Toronto.”

He says these type of projects make sense because it allows people downsizing to stay in neighburhoods they prefer and helps buyers break into an area they could otherwise not afford to live in.

“I call them in-between density, whether it’s putting nine homes on three lots or putting 14 townhouses acre, there is something in between a single family house and an apartment building.” said Mr. Geller.