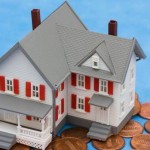 Canadian concerns about a housing bubble are overblown in a country where credit growth is modest and the job market is stable, says Bank of Nova Scotia Chief Executive Officer Brian Porter.

“Bubble is perhaps the most overused word since the global financial crisis,” Porter said in an interview yesterday in Washington, referring to Canada’s housing market. “We are very comfortable in terms of our exposure, we think we have monitored it well, and we stress test that.”

Domestic mortgages worth about C$200 billion ($179 billion) are the biggest part of the Toronto-based lender’s balance sheet, Porter said, and the value of those assets can withstand even major jumps in unemployment or interest rates. Gains in housing in Toronto, a focus of concern among regulators after a surge in prices and condominium construction, are backed by population growth, he said.

“Canadian consumers have generally a very conservative attitude towards debt, and their household balance sheet including other assets is in very good shape,” Porter said.

Canada’s ratio of household debt to disposable income rose to 163.6 percent between April and June, close to the record 164.1 percent in the third quarter of last year, Statistics Canada said Sept. 12. The drop in the average five-year fixed mortgage rate to the lowest in decades at 4.8 percent this year has fueled unexpected gains in home prices and resales, which reached the highest in more than four years in August.

Consumer credit growth is close to the rate of inflation, between 2 percent and 2.5 percent, Porter said. Last week, Canada reported the jobless rate fell to the lowest in almost six years in September on the largest monthly increase in employment since May 2013.

The biggest risk for Canada is losing out on global demand for its commodities by failing to build a network of export pipelines, Porter said.

“The Canadian economy has to graduate from what has been a housing-development led recovery coming out of the global financial crisis, and there has to be spending in the real economy,” he said.

He cited delays in building liquefied natural gas terminals on the west coast.

“Canada basically produces what the world wants, whether it’s grains, potash, uranium, oil and gas,” Porter said. “But the consumers of these have choices, whether it’s the Japanese, the Koreans, the Chinese, so Canadians shouldn’t be too complacent here and capital doesn’t like uncertainty.”

“The consequences are significant, economically and otherwise,” he said.

Scotiabank, Canada’s third-biggest lender by assets, will keep its focus on Latin American markets such as Chile, Mexico, Peru and Colombia. Governments are seeking to finance new infrastructure projects and grow the middle class, Porter said.

“As the middle class expands, they consume and we are there for them to provide the auto loan, the mortgage, the wealth management products,” he said. Infrastructure projects in the region “it will continue to be a big favorable business for us.”

Faster U.S. growth will also boost economies across the hemisphere, Porter said, meaning things may turn out better than the “new mediocre” scenario laid out this week by the International Monetary Fund. “Things aren’t quite as bleak as the headlines would make them out,” he said.

Scotiabank has money for new acquisitions even after it made about 20 transactions through the global financial crisis, if the price is right, Porter said.

“We are disciplined, we aren’t in a hurry to do anything, so we will see how things shake out,” he said. “We are investing in our business, we are growing our business organically too, and we think that’s very important.”

“Branches are going to continue to be important, so you have to offer all the products,” he said.

Porter said there may be one traditional product that fades out over time: the paper check. Asked if they will disappear at some point, he said, “I think so for sure.”

“But people talk about cash disappearing too, I think cash grew at 4 percent in Canada last year, so these things will be with us for a while longer,” he said.

“Checks are a bit of a buggy whip business.”

To contact the reporter on this story: Greg Quinn in Washington at gquinn1@bloomberg.net

To contact the editors responsible for this story: Paul Badertscher atpbadertscher@bloomberg.net Gail DeGeorge