Harold Gerstel, who works behind a metal security cage at his cash-for-jewellery shop in Toronto’s Lawrence Manor neighborhood, has found another way to make money: arranging mortgages.

With Bank of Canada rate cut, sub-2% mortgages are coming to a bank near you 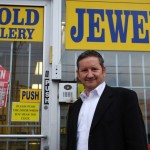 By this time next week, Canadians borrowing for a home might be looking at the lowest rates in the country’s history as a result of the Bank of Canada’s rate cut. Find out more Gerstel, who promises a mortgage in five business days in daytime commercials, said he serves borrowers with low-income, little documentation and a record of late payments. Since 2011, he has sourced hundreds of mortgages with lightly regulated nonbank lenders.

“We arrange mortgages for the average Joe,” Gerstel said over a blaring television in his shop, which is furnished with weathered black leather couches. “The banks are very strict today. A lot of these people go to the bank and they get refused. So they turn to the private market.”

Gerstel, 57, is part of an expanding industry of mortgage brokers and nonbank lenders who operate outside the reach of federal bank regulators. They’re thriving after Canada introduced a half-dozen mortgage rules since 2008 to cool its soaring home prices. While slowing the growth of traditional bank loans, the regulations have pushed new borrowers into an opaque market where nonbanks provide uninsured, short-term mortgages at interest rates as high as 20%.

The Bank of Canada warned in December that the less regulated lenders pose financial risks. Canada is among countries where financial activity outside the regular banking system is on the rise, and the industry’s “lack of transparency” could be hiding issues such as an overextended balance sheet and faulty risk-management, the bank said in its 2014 financial stability review.

“A sizable proportion of new, uninsured mortgages are being issued to riskier borrowers,” the bank report said. “Although less-regulated lenders account for only a small share of overall lending in Canada, stress experienced by one or several of these entities could have adverse financial and economic spillover effects.”

About 80% of mortgages in Canada are created by federally regulated lenders, including its five biggest banks, according to a 2013 Bank of Canada report. About 5% of home loans are originated by unregulated lenders, the report said. Shawn Allen, head of brokerage Matrix Mortgage Global, is among those in the industry who said these loans comprise closer to 10% of the market.

“A lot of this business falls out of the regulated space and into the shadow banking or unregulated space,” said Martin Reid, president of Home Capital Group Inc., one of a handful of nonbank mortgage lenders that are federally regulated. “It may become a bigger systemic risk.”

Canadians are taking on record debt to buy homes even as the government has enacted lending restrictions. The rules, imposed by the Office of the Superintendent of Financial Institutions and the Department of Finance, include higher down payment requirements and a shorter amortization period to 25 years from 30 years. The curbs constrained bank lending growth to 4% in 2014 from 11% in 2008, according to data compiled by the Canadian Bankers Association.

The restrictions are driving borrowers to nonbank lenders, which are rapidly expanding to meet demand, said Benjamin Tal, the Canadian Imperial Bank of Commerce deputy chief economist. Home loans from shadow lenders are growing about 25% annually, he said.

“There’s been a lot of hype in the market, everyone is jumping into the wave without understanding how to lend properly,” said Reza Nezami, a managing director of nine-year- old First Swiss Mortgage, a nonbank lender in Toronto. “It’s like the tech boom. It creates a risk for borrowers, investors lose their money. They create a bad mark on the sector.”

Nezami said a few hundred high net-worth investors — those who earn at least C$200,000 annually — finance his firm’s mortgages with a minimum investment of C$100,000. Investors receive an average return of 13.5% each year, he said.

“It used to be Uncle Joe who would go to his lawyer and say, ’I have a few million dollars and I want to lend this out and make a good return,’” Nezami said. “Those people are still around but some of them are also” creating lending companies.

First Swiss matches the risk profile of loans to the desires of investors. The lender examines a borrower’s pay stubs, job confirmation letter, up to 12 months of bank statements and their credit history, Nezami said. The firm lends up to 95% of the value of a home with a maximum one-year term and a mortgage rate from 5% to 15%.

“We follow a different guideline that ensures clients don’t get stuck in that systematic calculation that the banks do,” Nezami said. “But we are not going to take undue risk. We will take a calculated risk.”

After a year of making monthly payments, many borrowers establish better credit and refinance the loan, Nezami said. First Swiss has had only one borrower default in its history, he said, and it took possession of the house.

One client of brokerage Matrix Mortgage turned to a nonbank lender after Royal Bank of Canada rejected her application for a mortgage. The client, an entrepreneur, didn’t want to go through the hassle of having her income verified by a third party, such as an accountant, as the new rules require.

The client found that Xceed Mortgage Corp. had no qualms providing a mortgage. The three-year C$380,000 loan came with a 5% interest rate, about double the average comparable rate at one of the big five banks.

Allen at Matrix Mortgage said business has almost doubled each year since operations began in 2008. Matrix agents field calls from its second-floor office in north Toronto from customers who see their advertisements that say: “Bad credit? No credit? Mortgage approved.”

Senior agents, or those with at least a year of experience, match borrowers with individual investors and mortgage investment corporations. Investors can get returns as high as 20%, the interest rates charged to some borrowers, Allen said in an interview at his company’s headquarters.

He prefers to offer loans below 80% of the value of the property to limit losses in case of a housing price downturn.

“You have to live somewhere. So who is the government to say that people shouldn’t be buying?” Allen said.

“It’s not a bad thing at all,” Murphy said. “There are people that want a mortgage and are prepared to pay a high percentage for it. That’s the appetite of risk the companies have taken and some are very, very good at what they do.”

Tal, the bank economist, said regulators may need to provide more oversight of nonbank lenders in the future to gauge their risk as their market share grows.

“We don’t have good information on what’s not regulated,” Tal said. “To the extent that banks have to leave something on the table, it means that there is a vacuum in the market that invites the less regulated bodies into the system. That can increase the risk profile of the market as a whole.”

Provincial authorities license and monitor mortgage agents, brokers, brokerages and nonbank home lenders but don’t set policy or regulation. In the country’s most populous province, the Financial Services Commission of Ontario asks its members to answer annual surveys on the amount of mortgages sold, record- keeping methods and number of complaints.

FSCO spokeswoman Aisha Silim referred questions about the growth and regulation of the nonbank mortgage market to Ontario’s Ministry of Finance. Ministry spokesman Christian Bode said FSCO is responsible for regulating the industry in the province. He said the ministry’s review of the Mortgage Brokerages, Lenders and Administrators Act last year recommended additional consumer protections against fraud.

Stephanie Rubec, spokeswoman for the Department of Finance, which sets policy, declined to comment on whether regulators were considering actions to curb the potential risks from nonbank lenders.

“The government actively monitors developments in the housing market and consumer debt as well as the broader economy,” Rubec said in an e-mail.

Rubec said that many non-federally-regulated lenders must comply with federal rules if the mortgages are backed by Canada Mortgage & Housing Trust insurance or sold to a bank.

The Office of the Superintendent of Financial Institutions said it monitors mortgage market developments and their impact only on federally regulated home lenders and insurers.

“We discuss emerging trends with financial institutions as part of our on-going supervisory processes,” said spokesman Brock Kruger in an e-mail in response to questions about the growth of the nonbank mortgage market.

The Bank of Canada is working with authorities to monitor the market, spokeswoman Josianne Menard said in an e-mail, without elaborating.

Todd Foster, an agent for brokerage Northwood Mortgage Ltd., has arranged thousands of loans and anticipates a day of reckoning when the Bank of Canada overnight policy rate, which the bank cut to 0.75% today, rises.

Gerstel, the cash-for-jewellery dealer, is expanding his mortgage business after getting his brokerage license in December. He said he plans to provide thousands of loans under the name “Harold the Mortgage Closer.”

“I’m always going to do a little bit of jewellery but I’d rather do mortgages because there’s a lot of room for growth there,” he said from his store along a strip of pawn shops and pizza joints. “Every day there’s thousands of thousands of people that need mortgages.” Bloomberg.com LATEST PERSONAL FINANCE VIDEOS

Fnancial makeover for the holidays