ROBERT MCLISTER- Special to The Globe and Mail 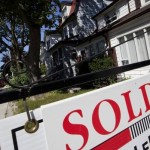 For years we’ve been taught that shorter mortgage amortizations are better. Most people in the mortgage business don’t challenge this premise and certain lenders preach it as gospel.

Consider this recent statement by a bank spokesperson: “Choosing a shorter amortization is the most responsible approach to home financing. It’s something we have been encouraging our customers to consider for years, as it means becoming debt-free sooner.”

How wise is that advice? Do longer mortgage repayment periods truly cost you more, all things considered?

In some cases the answer is unequivocally no. Longer amortizations, which spread your payments over 30 or 35 years instead of the traditional 25, can cost you significantly more in mortgage interest. But consider these four scenarios where “longer” is actually better.

1.) You have other high interest debt Extended amortizations – for example a 30-plus year repayment period – lower your mortgage payments, freeing up cash flow. That’s cash you can put to better uses.

Suppose you’re paying 3.5 per cent on a mortgage but have a car loan at 6 per cent or credit card debt at 18 per cent. Why on earth would you pay more than you had to on your mortgage?

2.) You have higher-yielding investments Even if you’re debt free, a longer amortization can still make sense. The trick is, you must earn an after-tax return on your investments that’s higher than your mortgage rate.

For example, if you’ve got a 3.5 per cent mortgage but can earn 4.5 to 5 per cent on tax-sheltered investments (like those in a tax free savings account), a financially secure homeowner is often better off lengthening their amortization and directing the mortgage payment savings to those investments.

There’s a caveat of course. Investment returns are more risky than pre-paying a mortgage, which is essentially a guaranteed return. Therefore, you must be able to withstand – or wait out –potential investment losses. Assuming you don’t need to cash in the investments for 10 years or more, the odds are very good, historically speaking, that you’ll generate positive returns.

“I can live with [the assumption of] an expected 5 per cent nominal return on balanced investments over the long run,” says Moshe Milevsky, a finance professor at York University’s Schulich School of Business. He says that even the conservative Canada Pension Plan targets almost 4 per cent annual returns, after inflation.

3.) You expect low long-term mortgage rates One of the most important concepts in finance is the “time value of money.” This is the idea that money in your hand today is worth more than the same amount of money in the future. That’s because you can invest money today to earn a return over time.

By definition, the time value of money holds that a 25-year amortized mortgage has the exact same present value (cost in today’s dollars) as one with a 35-year amortization, assuming equal interest rates.

Put another way, you’re no further ahead by choosing the shorter 25-year amortization, so long as:

a) You invest the payment savings of a longer amortization in something that earns you at least the same rate of return as the interest rate on the shorter amortized mortgage.

b) Your average mortgage rate in years 26 to 35 is roughly less than or equal to your average rate for the first 25 years. (Remember, with a 35-year amortization you’d still have 10 years of payments after year 25.)

4.) You think inflation will rise long-term Time value of money also comes into play here. The higher the rate of inflation, the less your money is worth in the future.

“If inflation spikes tomorrow you’re better off with a longer amortization,” he adds, because you’d be repaying your mortgage loan with “devalued dollars.”

Put another way, the smaller the difference between your mortgage rate and the rate of inflation, the less sense it makes to pay off your mortgage quicker (and the greater the benefit of a longer amortization).

A word of warning A longer amortization means you pay less principal with every regular payment. In turn, you’ll have a bigger balance every time you renew the mortgage.

If today’s historically low rates rise by the time you renew, a longer amortization means you’ll pay more interest on a bigger balance. This is a key risk that your other investments would need to offset.

Where do you get a long amortization? The standard amortization in Canada is 25 years. But if you have at least 20 per cent home equity, most lenders will offer you 30 years. A handful of lenders (e.g., Alterna Savings, B2B Bank, Coast Capital Savings, First Ontario, RMG Mortgages, Vancity) even have 35 year amortizations.

The free option Shorter amortizations force homeowners to save more, which can aid the less disciplined among us.

But if you’re a well-qualified borrower, have a savings mentality and are eligible for a longer amortization, a 30– to 35-year amortization is one of the best free options you can get.

Remember that even with an extended amortization, you can easily make optional extra payments to replicate a shorter amortization. You can even automate those extra payments. Then, if an investment opportunity arises or you need extra cash for personal reasons, simply reduce your mortgage payments back to the minimum and divert the cash flow to a better use.

For the right borrower in the right circumstances, longer mortgage repayment periods can be a sound strategy.

“Borrowing money at cheap rates, to invest in long-term and more profitable projects makes perfect sense,” Mr. Milevsky says. “If it works for the biggest companies in the world, it can work for you…but beware of the risks.”