Should You Get Your Mortgage From Your Bank? – Consult with a Vancouver Mortage Broker

Should You Get Your Mortgage From Your Bank? – Consult with a Vancouver Mortgage Broker 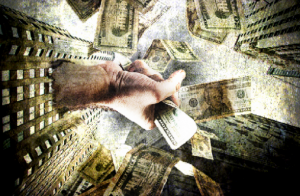 You may or may not know that the mortgage lending practices of banks are regulated by a variety of federal government agencies. This is because most banks have a federal charter so they can operate in other provinces which means they are subject to federal laws and regulations.

Although that might sound comforting, did you know however that this does not apply to the entire bank’s lending practices when it comes to mortgages? There are a variety of mortgage lending practices that they in engage which only require that the bank is self-regulatory.  This means that these federal agencies do not regulate all aspects of these lending practices.

Some of the areas where a bank can be self-regulatory can include the manner in which their agents are compensated and in how their own representatives make their recommendations when it comes to the suitability of a mortgage application.

If the mortgage application that you made to a bank doesn’t qualify, you won’t necessarily be automatically declined as some banks will attempt to farm your application to other lenders. The bank employees who perform this task are acting the capacity as a mortgage broker but they may not even necessarily be licensed as a broker.

These bank employees will receive a commission if the application is approved by another lender. The problems is that every other independent mortgage broker is governed by provincial laws when it come mortgage lending practices, but these unlicensed bank employees are exempted from provincial regulations because they are regulated federally.

What does this mean? A mortgage broker that is licensed by the province can be audited and even sanctioned when a complaint is made or a ruling is made in the complainant’s favour.

However, if a complaint is made against the bank for the same reason, there is no federal authority that will perform such an audit or issue a sanction. Why? Because the banks are allowed to handle the complaint procedure internally, and this is why they are self-regulatory.

The OFSI is mostly concerned in the solvency of the bank but does not concern itself with the mortgage practices of a federally chartered bank.

The other federal agency which does have some ability to protect consumers is known as the Financial Agency of Canada (FCAC). They do address issues such as the cost of credit disclosure and mortgage penalties but they do so only on an overall systemic basis and do not address individual consumer complaints.

The problem is that if your mortgage application is declined by the bank and farmed out to another lender by the bank’s employees, you will not necessarily be treated in the same capacity as would by using an independent mortgage broker. The banks have relationships with these other lenders. Your mortgage application may ultimately be approved but you may not necessarily be getting the best mortgage rate available.

Many banks would contend that their own self regulatory rules are quite stringent, but the whole complaint review process is performed by employees within the bank and not an outside agency.

The point is that although it might be more convenient to use a bank to apply for a mortgage, and you have a complaint about how the mortgage was processed, it will be the bank itself that addresses the complaint.

So, if you want to get the best possible mortgage rates, and are concerned about how a complaint might be handled, then maybe you might to consider that using an independent mortgage broker like myself who might offer you more of an advantage.