Single-family homes for under $400,000 drying up in Calgary 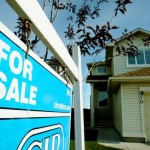 The oilpatch set a new record for condominium resale activity for the month of August with a 14% increase in sales from a year ago. Townhouse sales were even stronger with a 20% jump from a year ago.

“The record pace of August sales in the condominium sector is related to the relative affordability of this product combined with a tight rental market and low lending rates,” said Ann-Marie Lurie, chief economist with the board, in a release. “More than 76% of condominium new listings are priced below $400,000 and represent more than 68% of the total inventory within city limits.”

The board said “apartment-style” new listings are up 40% year over year over the past three months, pushing up the inventory levels in Calgary and keeping the market balanced despite the strong sales.

Related Tracking foreign buyers in Canada’s housing boom: Can we do it? Should we even care? Canada house prices expected to rise further, fuelling fears of meltdown Single-family sales declined by 2.4% in August to 1,477 units. “The decline in single-family sales is mostly due to the shrinking supply in the under-$400,000 sector,” said Bill Kirk, president of the board, in the release. “Overall, sales activity has improved compared to last year for product priced over $400,000.”

Housing figures for Toronto and Vancouver are due out later this week.