TORONTO — Slumping oil prices are likely to impact Calgary’s real estate market in the coming year, causing home prices to slow their rapid acceleration in Alberta’s largest city, according to a report by realtor group Re/Max. 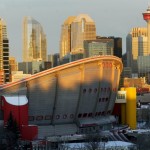 The average sale price of a Calgary home is expected to rise by only three per cent in 2015 to $497,500 after shooting up six per cent in 2014, as more buyers are expected to sit on the sidelines to see if the recent slump in oil prices will make houses cheaper.

“Calgary had a significant run-up over the last few years, so it’s becoming more of a balanced market as opposed to a slowing down of the market per se,” said Gurinder Sandhu, executive vice-president, Re/Max Ontario Atlantic.

A booming oil sector has helped drive immigration to the city in recent years, fuelling demand for homes. However, crude oil prices have tumbled roughly 35 per cent from their mid-summer highs due to a strong U.S. dollar, weaker demand and a glut of global supply.

Related How to play oil prices from a real estate perspective Toronto house prices’ heady gains expected to continue into 2015 Why IMF can’t stop worrying about Canada’s so-called housing bubble “It would have to be a sustained, long-term depression of oil prices to the point where it would have to start impacting jobs and the overall economy, and we’re not anticipating that for 2015,” he said.

Meanwhile, higher inventory levels in many cities, and in some places a switch to more affordable condominiums, are among factors expected to contribute to significantly smaller price increases across Canada next year, with average prices anticipated to rise a modest 2.5 per cent nationally in 2015 compared with a 6.2 per cent increase in 2014.

Even the hot markets of Vancouver and Toronto are expected to see a significant slowing in price increases, with the average residential sale price set to climb just three per cent in the Great Vancouver area to $863,600 from $834,400 in 2014 when prices went up 7.3 per cent.

But immigration to major Canadian cities will continue to fuel demand for housing and offset the impact of rising interest rates, which are expected to increase in late 2015, Sandhu said.

“We’re not expecting any dramatic change in housing (prices),” said Sandhu. “We’re expecting some moderation, probably a little more balancing out of the housing market.”

Elsewhere across the country, price increase are expected to be below the national average in most cities in Atlantic Canada, with the exception of Moncton, N.B., where the average sale price is forecast to rise six per cent to $187,500.

Regina is expected to see the average price rise four per cent to $346,500, with a similar percentage increase to $389,000 in Edmonton.

Kelowna, B.C., is expected to experience the biggest percentage increase in prices in 2015 among larger Canadian centres, up seven per cent to $458,000 on top of a 7.8 per cent increase in 2014.