MICHAEL BABAD – The Globe and Mail 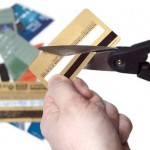 These are stories Report on Business is following Wednesday, Nov. 6, 2013.

TGIF
Canada’s small businesses want us to give up our credit cards one day a week, and use debit or cash instead.

The Canadian Federal of Independent Businesses, which represents almost 110,000 small- and medium-sized concerns, teamed up with financial commentator Gail Vaz-Oxlade today to launch a campaign for “Credit Free Friday.”

It’s to their benefit, of course, and the CFIB acknowledges the merchant fees attached to credit card use.

But it also points out that consumers can save themselves a bundle, too, while scaling back on the record high debt burden among Canadian households.

“Very few consumers know than $5-7-billion each year in credit card processing fees is embedded in the cost of everything they buy, and with ever-higher tiers of premium cards hitting the market, that cost is only going up,” CFIB president Dan Kelly said as he launched the campaign.

“As consumers are often unaware that the merchant loses between 2-3.5 per cent of a credit card sale, Credit Free Fridays can be a great way to support small firms.”

Ms. Vaz-Oxlade notes that “you can only spend what you have” when using debit or cash, and “if you can’t go one day a week without using your credit cards, you have to wonder how the credit card companies trained you so well.”

Friday is, of course, the start of the weekend, and a night out for many. Just sayin’.

Markets await Twitter pricing
Investors are awaiting the pricing of Twitter’s initial public offering, which The Wall Street Journal says is likely to be in a range of $25 (U.S.) to $28 a share.

Twitter has already boosted the estimated range to $23 to $25, but the Journal says the bankers involved were targeting $27.

The price will be finalized after markets close today, and the stock will start trading tomorrow on the New York Stock Exchange.

Fairfax Financial Holdings Ltd. declined to purchase BlackBerry outright after a provisional $9-a-share offer, and instead on Monday agreed to raise $1-billion from the sale of convertible debt to Fairfax and other investors.

Qatar Holding LLC, established in 2006 by the Qatar Investement Authority, is now buying some of that debt. The move was first reported by Reuters, which said the sovereign wealth fund was buying about $200-million worth of debt.

Hot on the heels of Encana Corp.’s restructuring, Penn West Petroleum Ltd. today unveiled a plan to focus on fewer resource plays, which means asset sales are in the works.

Penn West said today it plans to sell $1.5-billion to $2-billion of assets by the end of next year, and will focus its efforts on its Cardium light-oil project.

It added it wants to maintain a “sustainable quarterly dividend.”

Penn West has also set a goal of boosting compounded annual oil production, on a per-share basis, by more than 11 per cent between 2015 and 2018.

“We have refocused our culture on competitive performance and our spending programs to take full advantage of our strong resource positions in western Canada,” said chief executive officer Dave Roberts.

“We will be driven by performance criteria aimed at focused oil production growth translating into improved funds flow generation and shareholder value.”

Toyota boosts outlook
Toyota Motor Co. and its shareholders have ‘Abenomics’ to thank for helping drive the auto maker to higher profits.

Japanese Prime Minister Shinzo Abe’s efforts to juice the economy and weaken the yen aren’t the only factors behind Toyota’s rise, of course, but they have played a role.

“In addition to the impact of the weaker yen, operating income increased due to our efforts with our suppliers and distributors for profit improvement through cost reduction and marketing activities, such as enhancement of the model mix,” executive vice-president Nobuyori Kodaira said today as Toyota posted its six-month results and boosted its outlook.

Earnings flood in
Canadian companies reported earnings at a rapid pace today. Here are the highlights:

Talisman Energy Inc. posted a narrower third-quarter loss, of $54-million (U.S.) or a nickel a share, from $731-million or 71 cents a year earlier. Remember that Carl Icahn has grabbed a stake in the company of almost 7 per cent. Chief executive officer Hal Kvisle says there have been discussions, but it’s still not clear to him what Mr. Icahn wants to see.

Magna International Inc. posted a dip in third-quarter profit to $319-million (U.S.) or $1.39 a share from $390-million or $1.66 a year earlier. Profit was higher when restructuring charges are stripped out, The Globe and Mail’s Greg Keenan reports. The auto parts giant also slightly boosted its annual sales forecast to up to $34.8-billion.

Enbridge Inc. posted a stronger profit of $421-million (Canadian) or 51 cents a share, up from $187-million or 24 cents a year earlier. Enbridge stuck to its forecast for annual adjusted earnings per share of $1.74 to $1.90.

Agrium Inc. profit sank in the third quarter, and the outlook for the current quarter looks to be below analysts’ forecasts. Profit slipped to $76-million (U.S.) or 52 cents a share from $129-million or 80 cents a year earlier, according to the agribusiness company’s earnings reported late yesterday. Revenue rose to $2.9-billion. Agrium forecast fourth-quarter earnings per share of 80 cents to $1.25.

Toronto home sales climb
Following on the heels of other major Canadian cities such as Vancouver and Calgary, Toronto saw a surge in home sales in October, while average prices rose 7 per cent.

The number of existing homes sold climbed more than 19 per cent last month to 8,000 from a year earlier, The Globe and Mail’s Tara Perkins reports.

The average selling price rose to $539,058, according to the Toronto Real Estate Board.

Telecom complaints surge
Canadians are growing increasingly frustrated with their telecom providers, complaining about everything from billing errors to the hot-button issues of cancellation fees and roaming charges.

According to the annual report from Canada’s Commissioner for Complaints for Telecommunications Services, the number of consumer complaints that it resolved topped 14,000 in 2012-2013, with wireless issues leading the pack.

The most common complaints were over billing errors, service losses, and cancellation notices and fees. Other frustrations included non-disclosure of contract terms, and roaming and data charges. Misunderstanding is, of course, also an issue.

“We again urge the industry to take greater steps to instil confidence in the metering and billing of data, roaming and bandwidth charges as this is a growing area of complaints with potentially costly consequences for consumers,” today’s report said.

Among the major telecom companies, the agency accepted more than 3,900 complaints against Bell Canada, more than 3,800 against Rogers, and 883 where Telus is concerned.

There were also 998 against Fido, 776 against Virgin Mobile and 635 against Wind Mobile.

Here are some of the tales from the front included in the report, with no identification of either the customer or the provider:

“A customer had made a complaint to CCTS regarding a final invoice received from his service provider for an additional 30 days’ of service after he had requested its cancellation. These were the only charges on the invoice and the customer was disputing them in their entirety. During our investigation, the service provider referred the account to a collection agency, in spite of the fact that both the customer and the provider were actively involved in trying to resolve it with CCTS.”

Of course, it’s not always the company’s fault:

“A customer had added what she thought was an unlimited international text messaging plan to her wireless service but was billed over $500 in additional text messaging charges. During our investigation, the service provider was able to produce a recording of the call in which the service provider had clearly explained to the customer that her plan was limited to 100 texts. CCTS therefore found that the terms and conditions had been clearly explained to the customer and that she had been billed in accordance with those terms.”