What soft landing? Bullish realtors see no slowdown at all for ‘strong’ housing market 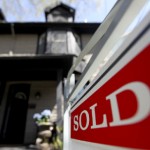 Not only does Royal Lepage not expect a correction in Canada’s housing market, they say conditions are right for a rebound not seen since after the recession.

TORONTO — The latest Royal LePage housing survey shows average price of a home in Canada increased between 1.2% and 3.8% in the fourth quarter of 2013.

Royal LePage says the price of a standard condominium rose 1.2% during the quarter to an average of $246,530.

The real estate company says prices are expected to maintain a “healthy momentum“ this year and rise a projected 3.7% over 2013.

He says that in the absence of “some calamitous event or material increase in mortgage financing costs,“ he expects positive momentum to characterize 2014.

“We predict continued upward pressure on home prices as we move towards the all-important spring market.“ he said.

“Talk of a ’soft landing’ for Canada’s real estate market in the new year is misguided,“ continued Soper.

“We expect no landing, no slowdown, and no correction in the near-term. Conditions are ripe for as strong a market as we saw in the post-recessionary rebound of the last decade.”

We expect no landing, no slowdown, and no correction in the near-term

Separate data out Thursday was not so optimistic however. Three separate reports released on Thursday showed a cooling trend, with weaker-than-expected readings for November’s new housing price index and building permits, and December’s housing starts.

Building permits fell by a sharper-than-expected 6.7% in November, more than double the 3.0% pullback expected by analysts, while housing starts dropped to 189,672 units in December, shy of economists’ forecasts for 190,000.

“The decline (in building permits) is in line with our expectation that residential construction will soften in the coming year in the face of affordability challenges to a pace more in line with underlying demographics,” CIBC World Markets economist Peter Buchanan said in a research note.

Statistics Canada said Canada’s new housing price index did not change in November, after a 0.1% rise in October, with prices rising in eight metropolitan areas, unchanged in eight and declining in five.

Canada’s housing market avoided the crash experienced in the United States five years ago due in part to more conservative lending standards and a stronger economy. While economists have long predicted an eventual correction in Canada, they are divided over whether prices will drop sharply or simply stagnate in a so-called soft landing scenario.

With prices stabilizing, economists expect new construction to cool further in 2014. Starts for all of 2013 slowed to 188,200 units, down sharply from 215,000 in 2012 and the lowest full-year tally since 2009, according to Robert Kavcic, senior economist at BMO Capital Markets.

“In fact, outside of that recession year, it was the slowest year for starts in more than a decade. We expect further cooling to about 180,000 units this year, which would reflect balanced overall building activity,” Kavcic said in a research note.

Notably, starts for both houses and multi-units – typically condos – fell in December. Condominium construction fuelled building in Canada’s biggest cities, including Toronto and Vancouver, during the height of the boom, but has since slowed dramatically. Many observers fear a glut of condos coming to market in 2014 and 2015 may drive prices lower, but are divided over whether a correction would spread to the broader residential housing market.

The outsized drop in November building permits was offset slightly by an upward revision to October data to show an 8.0% gain in the month, according to Statistics Canada.

Residential construction intentions sank by 7.6% with both single- and multi-family dwellings declining, while the nonresidential sector dropped by 5.2% as institutional and industrial building plans decreased.

Commercial building intentions, however, were once again robust, with the value of permits hitting a record level over the past 12 months, according to Kavcic.

With files from Canadian Press, Reuters