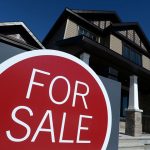 Call it March Madness for the mortgage market, as banks begin a full-court press to lure in homebuyers as Canada heads into another vibrant spring for the country’s hottest housing spots.

That $1 million Toronto home just got even pricier

Detached homes in Toronto have have continued their upward price trend halfway through March, according to the Toronto Real Estate Board On Tuesday, the Bank of Montreal took an early lead, beating the competition with the lowest rate on a fixed five-year mortgage — ever.

“We call it their March miracle. They’ve done this for three consecutive years,” says Penelope Graham, editor of ratesupermarket.ca. “They are the first big bank [to lower] as soon as the March buying season starts to heat up.”

Bank of Montreal said early Tuesday it would lower the rate on the five-year fixed-rate mortgage – the most popular term in the industry – from 2.99% to 2.79%.

The season is certainly warming up in Canada’s largest city, with the Toronto Real Estate Board reporting preliminary March numbers showing that detached homes in the city were selling for almost $1.1 million on average over the first two weeks of the year, a 21.3% price jump from a year ago.

But Canada’s housing market has become a fierce competition, and BMO’s five-year deal is already drawing poor-sported heckles from industry watchers who point out that the posted rate is no lower than the actual rates banks have been offering their customers for weeks — and it is only available with particular restrictions.

Related Bank of Montreal cuts special five-year fixed-rate mortgage to 2.79%, the lowest among big banks That mortgage on your back? Relax. Here’s why Why you should care about the banks’ posted rates on mortgages Like previous March offers, BMO will only let consumers prepay up to 10% of the mortgage in a lump-sum payment every year, compared with the industry norm of 20%. Additionally, consumers cannot refinance the product and are stuck with BMO for the length of the five-year term of the mortgage. Even if you sell your house, you will have to transfer the mortgage to your next one.

“It’s the Hotel California of Canadian mortgages: You can check out but never leave,” said Vince Gaetano, a principal at monstermortgage.ca. “There are just better products out there that are more flexible.” The lump-sum issue is particularly confining because bigger lump payments reduce the penalty for breaking the loan if a borrower ever wants to. “The BMO product is a set of handcuffs,” said Mr. Gaetano.

Other critics charge the BMO product is not all that special, with most banks able to go as low as 2.74% on a discretionary basis. Rob McLister, founder of ratespy.com, said he had someone tell him they received a rate as low as 2.64% on a fixed five-year mortgage this week from a major bank.

It’s the Hotel California of Canadian mortgages: You can check out but never leave But BMO is not even the first bank out in the spring discount game. Before Tuesday, the Canadian Imperial Bank of Commerce had already posted a four-year fixed product offering a teaser rate of 1.99% for the first nine months. The remainder of the term is calculated at 2.83% – equating to a blended rate of 2.69% for four years.

The pitch from CIBC is that, on a $275,000 mortgage, your payment is reduced by $115 per month for nine months. Teaser rates were popular in the United States before the housing market crashed; then, when consumers couldn’t handle the higher rate once it kicked in, the system fell apart.

The difference in Canada is that consumers still must qualify based on their ability to pay their loan on the higher five-year qualifying rate, not based on the teaser rate as was the case in the United States.

Rate has become everything in the Canadian marketplace, according to Paul Mims, a retired mortgage executive who used to work for one of the Big Six banks. “It’s much more plain vanilla now,” he said, referring to his time when there were more variables.

“But the spring market is still the same. We used to work on our campaigns in January and February so we would be ready to go once the spring came. It’s all about gaining market share.” LATEST PERSONAL FINANCE VIDEOS

Financial makeover for the holidays