Standards for B.C. Home Inspector standards to be overhauled – Consult with a Vancouver Mortgage Broker 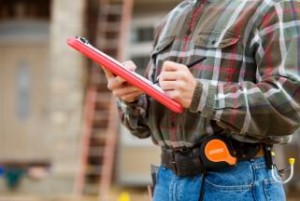 One of the first steps taking by Premier Christy Clark following her party’s recent re-election was to instruct the B.C. Housing Minister, Rich Coleman to implement a new home-inspector accreditation process for home inspectors.

Stake holders in the home inspector sector are now looking at re-structuring the qualifications which are required for home inspectors in B.C. as there has been recent criticism that they are currently insufficient.

The new qualification accreditation standards which are in the development process are intended to ensure that new home buyers will have greater confidence that the home inspector they use will be sufficiently trained and qualified to perform a proper home inspection.

Consumer Protection B.C. representatives have been conducting meetings with several of the four groups that currently assess the qualifications of a prospective home inspector in the province.

The reason is that a number of concerns have arisen regarding inconsistencies in how inspections have been carried out.

Home inspectors in B.C. have been required to be licensed by the province since 2009. B.S was the first province to implement licensing requirements for home inspectors.

Any home inspector who wanted to practice their profession is required to be licensed by Consumer Protection B.C. which has approved 4 specific groups who assess the qualifications of a home inspector and issue licenses. One of the problems identified is that these 4 groups all have different standards.

As far back of March of this year, the Canadian Association of Home Inspectors released a press release stating that they felt that the current minimum qualifications for home inspectors in B.C. were “inadequate.”

The problem is that despite the current licensing requirements, a prospective home buyer may be using the services of a home inspector who has considerably less training or field experience than they might have found with a home inspector employed with a different agency.

Since the four agencies which grant home inspectors a license have different criteria for issuing a license, there continue to be inconsistencies in the services provided.

One of these agencies which are being consulted by the government to address this problem is the Applied Science Technologists and Technicians of British Columbia. This group has stated that they would like to see a single association instead four agencies who can issue a home inspector’s license.

Two of the other agencies have been identified as the Canadian National Association of Certified Home Inspectors Inc. and the National Home Inspector Certification Council. Both of these agencies are based in Ontario.

Although the process is still in the early stages, the Office of Housing and Construction Standards will work closely with all affiliated parties to create a new model for the licensing of home inspectors in the province.