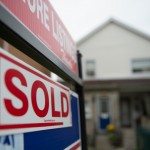 ubprime lenders’ share of the Canadian mortgage market has reached record levels, according to data obtained by the Financial Post, putting increased risk on the housing market.

Alternative lenders, who are major beneficiaries of that subprime market, now underwrite 2.2% of all mortgage loans — probably not enough to cause any major structural damage to the housing market in the event of defaults, but their market share has exploded.

The data, compiled by CIBC World Markets based on Statistics Canada figures, shows that the value of loans from alternative lenders grew by 25% during the past year while the overall market for mortgages increased by 4% during the same period. The Statistics Canada data was derived from information obtained from Revenue Canada.

Related Homebuyers expected to take hit as CMHC triples fee it charges banks to guarantee loans Pay off your mortgage or invest? How to figure out what’s best for you Great news coming if you’re renewing a mortgage, you’re about to save money Benjamin Tal, deputy chief economist with CIBC, said alternative lender statistics do not include credit unions and would be made up in large part by mortgage investment corporations that have become popular with investors looking for a place to park their cash and get a significant yield.

“It’s a small segment of the market still, but it is rising quickly,” said Mr. Tal, who used tax data and balance sheet and income statement information of non-depositary financial institutions as a proxy for alternative lenders.

Subprime loans have been partially blamed for the collapse of the United States housing market and the 2008 recession, and Mr. Tal says there is little doubt the loans in the alternative lending space are subprime ones that none of the major lenders will take.

“But remember subprime can be someone like a plumber,” he said, referring to self-employed workers, a segment of the market that Canada Mortgage and Housing Corp. has mostly abandoned when it comes to backing loans. “You should also remember that sub-prime is a normal part of a healthy functioning market. The U.S. was able to function with 5% of the market [in sub prime loans] for 40 years with no problem, [but] when it goes to 33%, that’s a problem.”

Among the factors bolstering non-bank mortgage lenders in Canada is that the country’s big banks have been tightening lending standards in response to moves by the federal government and CMHC to try to rein in household debt and cool the housing market.

“When you talk to the management teams of the [non-bank firms], they definitely believe that the banks continue to tighten their underwriting, and mortgages that could have been done by a bank one, two, or three years ago are being rejected,” said Stephen Boland, an analyst at GMP Securities Inc.

Mortgage brokers are bringing these loans to the non-bank lending firms such as Home Capital Group Inc. and Equitable Trust, he said.

“It’s good-quality stuff,” Mr. Boland said. “Anything that just misses a bank is considerably stronger than some of the traditional business that those firms have done.”

Ottawa’s tougher lending regime has created an opening in the mortgage market for other lenders. Credit unions, for example, aren’t bound by federal rules because they are provincially regulated. And though they are not considered alternative or subprime lenders, credit unions have been expanding their share of the residential mortgage market, which now sits at 6.8%, according to Credit Union Central of Canada.

“There’s no question that B-20 and then B-21, plus other rules, are creating demand for alternative lending sources,” said Finn Poschmann, vice-president of policy analysis at the C.D. Howe Institute, referring to the recent regulations put in place by the Office of the Superintendent of Financial Institutions, which supervises banks as well as mortgage default insurance companies.

He said the demand is especially strong from “among higher risk borrowers.”

Another factor is a recent cap placed on NHA mortgage-backed securities, which has led to more lending by less-regulated firms. That market has grown “leaps and bounds” since 2013, Mr. Poschmann said.

Eli Dadouch, chief executive of publicly traded Firm Capital Corp., which has been in the non-bank lending sector since 1988, said there is a lot of money in the market today looking to be deployed.

“I get Americans calling me up all the time saying they want to come up here, but it’s not big like the U.S.,” said Mr. Dadouch, whose firm has about $1-billion outstanding in bridge financing.

He said there is no question it’s the top of the real estate cycle, so anybody lending out money has to be more careful today.

“People always want to deal with a bank, it’s the cheapest form of money,” he said. “When they come to us and people like us, it is because there is some type of story [behind why they can’t get credit]. It’s easy to lend money, the talent in this business is getting it back.”