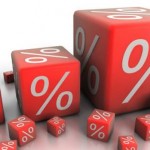 Talk of rising interest rates tend to make homeowners jittery and, if you have a big mortgage, you may be feeling extra nervous.

But while Bank of Canada Governor Stephen Poloz may have made some people uneasy when he spoke in a televised interview last week about the likelihood of rising long-term fixed rates, experts say not to panic.

Peter Veselinovich, vice-president of banking and mortgage operations with Investors’ Group in Winnipeg, says that while rate increases are expected, any change will not be “as dramatic as the sound bite that comes out of an interview with Mr. Poloz.”

“People immediately assume that means (rates) continually rising over a short period of time and that it’s a cause for concern,” Veselinovich said.

“It’s certainly not a ‘sky is falling’ type of message. It will be modest increases.”

Poloz said last week he expected long-term interest rates to rise in response to tapering by the U.S. Federal Reserve, which has already decided to reduce its monthly $85-billion bond purchases by $10-billion.

A change in interest rates would translate to higher mortgage payments, although that would only apply to people with variable ones, since fixed-rate mortgages don’t change for the duration of their term.

Most home owners currently have fixed-rate, five-year mortgages. The mortgages come with the peace of mind of knowing what your payment will be, but with an interest of about 3.5 per cent.

Variable mortgage rates usually hover around 2.5 per cent, since they are based on a floating rate based on prime and are adjusted with each change in prime. Rates have been low since the financial crisis of 2008.

Variable rates appeal to home owners who want to minimize the size of their payment or pay the debt off sooner, but require a financial cushion to account for any changes, should interest rates increase. They also provide more flexibility than fixed mortgages, since most variable mortgages will let you convert to a fixed rate at any time during the term, for a fee.

Robert Stammers, director of investor education for the CFA Institute, said that when it comes to picking a mortgage, it’s important to consider why you purchased the home and how long you plan to live in it.

“You really have to understand — Am I buying this asset to hold it for three (years) and then go up into something else or relocate? Because that will really drive the kind of debt decision you’ll make,” he said.

“If you’re going to be in your home for a short period of time and that’s the reason that you have floating rate debt, then you may be OK because you were expecting some rise in rates over the time period,” he said.