It’s taxes versus a mortgage for the self-employed 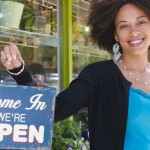 Eighty of mortgage broker Dustan Woodhouse’s clients who were approved for a mortgage in 2011 wouldn’t have qualified for the same mortgage today.

In the summer of 2012, Canada’s financial regulator introduced Guideline B-20 as a way of tightening up the banks’ approval processes.

Part of B-20 requires banks to examine incomes more closely, but where does that leave self-employed people, who have had more trouble getting mortgages since that rule was brought in?

“It sort of came in under the radar a little bit and caught a lot of [self-employed] people off guard when they were probably not used to having any real issues with arranging financing in the past,” says Gerry Orr, president and owner of Alberta Mortgages in Calgary.

The main problem for self-employed workers is that they typically lower their taxable income through business expenses and other deductions, so what they declare is often an inaccurate reflection of their true incomes. In the past, they were able to simply declare their incomes and provide proof of self-employment, along with other documentation.

Today, self-employed individuals can still apply for a stated income mortgage at some banks, but B-20 also means that they need to put up at least a 35-per-cent down payment to avoid purchasing default insurance from the likes of Genworth Canada or Canada Mortgage and Housing Corp., Canada’s two largest mortgage insurers.

So while those 80 families of Mr. Woodhouse, an accredited mortgage professional with Canadian Mortgage Experts in Vancouver, can consider themselves lucky that they were approved before B-20 was put in place, what about other self-employed individuals or families in the current climate? What can they do to ensure that they can obtain the kind of mortgage they need?

According to many experts, it all starts with how much income you’re declaring when you file your taxes.

“The key is to declare as much money as possible and not hide funds by any means because it’s going to hurt you in the long run,” says Mathieu McCaie, a mortgage agent for the Mortgage Group in Dieppe, N.B. “You’re either paying Revenue Canada or you’re paying it somewhere else to borrow the money, basically.”

And while prospective self-employed homeowners will have to submit a detailed, accountant-prepared general tax form, in full – not just the four-page summary that many people turn in – in addition to a notice of assessment to confirm that no taxes are owing, it’s one thing in particular that prospective lenders are looking for.

“Line 150 – documented income – is everything,” Mr. Woodhouse says. “That’s also the composition of that income. What they’re really looking for is earned income from your trade or your profession.”

With that in mind, how much income are they looking for?

“Typically, if someone’s operating a fairly successful business, they should at least claim $100,000 or just under if they want to continue purchasing real estate,” says Michael Marini, a mortgage broker with Dominion Lending Centres in Toronto.

“If it’s just for their own single purpose, just one purchase, they need to show an average two-year income. They need to ensure that their income is high enough in the last two years to qualify for the property that they want.”

With that two-year period in mind, planning is of the essence. Purchasing real estate and establishing a successful business do not necessarily mix in the short term, so you’re better off building up your business before deciding to buy a house, experts suggest.

“If you’re not two years in the business, that’s going to be a real challenge to purchase a house,” Mr. McCaie says.

For those who don’t qualify via the banks and other A-list lenders, there are other routes, such as credit unions, that are not subject to the B-20 regulations and can take on more risk from their borrowers.

“Through alternative lending channels we can use gross income by showing bank statements that show you have income coming in, you’re just not declaring it, and give them a mortgage,” he says.

Such a loan might come at a higher cost, however.

“Really, it comes down to whether or not you’re willing to pay the interest premium and the higher down payments required with a B or private lender, versus arranging your affairs in such a way that your income personally on your notice of assessment reflects a higher level,” says Mr. Orr.