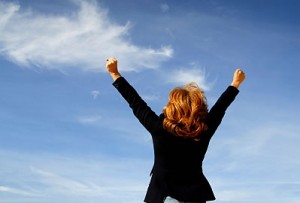 The Bank of Nova Scotia, a few days ago, received permission from the Securities and Exchange Commission to market to U.S. retail investors what are known as covered bonds. In pursuing SEC approval for market access, Scotia was following a trail blazed by the Royal Bank of Canada; market rumour has it that the Bank of Montreal is on the same path.

There is no madness to the approach; there is method. Change is underway in Canada’s housing finance system. More of it will be done without the taxpayer backing, or insurance, that common financing channels currently enjoy, by way of the Canada Mortgage and Housing Corporation. RBC’s covered bonds are backed by uninsured residential mortgages – so too will be Scotia’s, in future, and so will others. Lenders, mostly banks, who have not already developed the financial instruments and skills to diversify their funding sources will do so, because they must. This is all to the good.

CMHC became a source of systemic risk because its mortgage insurance products, which insulate lenders from loss when the loans they make go bad, for years backstopped easy loans, mortgages with long amortizations, and cheap home equity lines of credit that Canadian consumers took up in droves.

Scotiabank, RBC to lead the way with covered bond issues

As consumer debt rose, and housing investment bubbled, so did Canadian house prices, over the past decade, well outstripping income growth. Low interest rates helped, but so too did easy credit terms – with few incentives, owing to CMHC insurance, for lenders to hold back on extending them.

Shrinking CMHCs oversized role in the mortgage market, and taxpayer exposure, became overdue, and Ottawa has gently reined in CMHC and ease of access to its insurance products. Consumer debt growth has slowed, and housing markets have tapered – to this point, gently so.

Alongside, the covered bond market has become important to housing finance. Covered bonds are prized by some investors, because normally they are backed by highly rated assets – like good quality residential mortgages – as well as the security of the fully bank-backed, bankruptcy-remote special investment vehicle that sponsors create to fund them. Their dual cover enables the bonds to attract high ratings and go to market at low spreads, sometimes as low as 10 to 20 basis points over similar term government bonds, perhaps 50 basis points in the U.S. market today – and that means cheap financing all round.

However, Canadian banks’ bonds have long have been shut out of some markets. Many European institutional investors, for instance, are forbidden from buying covered bonds sponsored by issuers who do not operate within a legislated covered bond framework that specifies creditor priority in the event of a bankruptcy.

Changing the Canadian legislation to accommodate market needs was a minor matter, and the government did so in Finance Minister Jim Flaherty’s 2012 budget. Also helpful was establishing CMHC as a bond registrar.

The changes, however, came with a quid pro quo attached. Canadian covered bond issuers would get the legislative framework they coveted, but under conditions: no insured mortgages, whether insured by CMHC or others, would be allowed into the pool of assets backing the bonds, and no writing of contractual covered bonds outside of the legislated framework.

RBC was primed to take advantage of the new rules – their covered bond pools, unlike those of all other issuers, already contained no insured mortgages. And, owing to the 2012 legislative changes, that allowed them to be quick out of the gate in acquiring SEC registration and, with it, access to U.S. buyers who seek index-eligible bonds, better price transparency and higher disclosure standards. For other issuers, the route has been and will be longer and more complex.

And there will be bumps. Covered bonds are not for all issuers; the regulatory and legal hurdles are big, and profitability in the market depends on scale. Smaller market issuers of commercial paper backed by insured mortgage assets will likewise be pinched by the prohibition on taxpayer-backed mortgages in their securities. That means less access to funding and bigger spreads for them.

And Canadian banks eventually will bump into the regulatory policy cap on covered bonds: they may not exceed 4% of bank assets, and the mortgage market is many times bigger than that. A move to expand the cap will encounter headwinds from the Superintendent of Financial Institutions. And from deposit insurers, who will worry that the bigger the share of assets that are bankruptcy remote – and therefore remote from depositors’ claims on them in a bankruptcy – the more costly will be deposit insurance for everyone else.

There is a broader challenge, too, surrounding another alternative, developing a residential mortgage-backed securities (RMBS) market that operates without CMHC guarantees – there isn’t one in Canada, and it will take time to develop both the product and investors’ comfort with it.

Which means there is work to do, and policy and legislative change to come in due course. But a path to a housing finance market that is less dependent on government backing is surely the right one, and taxpayers should rest easier when we are safely on it.

Finn Poschmann is vice-president, research, at the C.D. Howe Institute.