NOREEN RASBACH-  The Globe and Mail 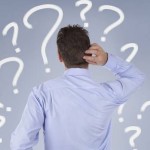 Kuly Gill is every financial planner’s dream. The Calgary lawyer, in his 30s, owns a house, drives an older car and forgoes some annual vacations to save more for retirement. “I live cheap and put everything away,” he says.

His investment strategy is simple: Contribute the full amount allowed each year to a tax-free savings account (TFSA) and any other retirement savings into RRSPs. His portfolio is 100-per-cent equities, mostly blue chip, dividend-paying stocks.

In the TFSA versus RRSP debate, Mr. Gill has made a clear choice – TFSAs first. But as any financial expert will tell you, most Canadians are less certain about which tax-sheltered vehicle to choose if they can’t afford to contribute the maximum allowable amount to both.

Mr. Gill cites the rule used by many financial planners as a rough guideline: If your income (and therefore your tax rate) is greater now than you expect it to be during retirement, go with the RRSP; if it’s lower, go with the TFSA.

“If everything works out as I want it to, I expect to have a lot of income in the future,” Mr. Gill says.

However, for most young people, says David Chilton, author of The Wealthy Barber Returns, that’s an almost impossible guideline. “It involves a lot of guesswork,” he says. Who knows at 30 or 40 years old how much money they will have 25 or 35 years later, or what the tax system will be like decades from now?

Mr. Chilton, not surprisingly, takes a behavioural approach to the decision. If you’re going to put money in a registered retirement savings plan and “blow the refund on something stupid,” then a major advantage of the RRSP – the immediate tax benefit – is lost, he says. Similarly, because you can withdraw money from a TFSA at any time and put it back later, you may be tempted to raid your plan.

“A lot of people think the flexibility [of a TFSA] is an advantage, but I see it as a great disadvantage,” Mr. Chilton says.

Gordon Pape, the author of a slew of books on Canadian retirement planning, says there are other considerations when choosing between an RRSP and a TFSA. If you have a high salary and a blue-chip pension plan, such as a government pension, the TFSA may be the better bet. That’s because the pension, combined with Old Age Security and the Canada Pension Plan, could push your income high enough to prompt clawbacks of the government supports. RRSP withdrawals are considered income; TFSA withdrawals aren’t.

The same principle applies if you have a low income – RRSP withdrawals could affect whether or not you receive the Guaranteed Income Supplement.

However, Mr. Pape says that for most people, RRSPs make the most sense. Most people don’t have larger incomes when they retire, plus they can invest the tax refund they get immediately and benefit in the long-term from compound interest. “You have to look at the magic of compounding – the more years you have for your money to compound in a tax-sheltered environment, the more you’re going to have at the end of the day,” he says.

In the end, it’s the investments you make that matter the most, says Jon Palfrey, the Vancouver-based senior vice-president of Leith Wheeler Investment Counsel Ltd.

TFSAs and RRSPs are tools that can hold a variety of investments, but investors should follow a few important rules: First, he says, avoid any investment that is wildly speculative. “Don’t swing for the fences. You don’t get any benefit from a loss if [the investments] go down. Nothing can be offset.”

Mr. Palfrey’s second rule: Don’t put in cash – or GICs. “If you’re making less than 1 per cent on your GIC, the sheltering benefit is not meaningful.”

There are other investment decisions that apply to both. Mr. Palfrey says that if investors also have non-registered accounts, they should make sure to put bonds in a tax-sheltered account because of their high tax rates.

There are, however, two major differences between the two investment tools. The first involves U.S. stocks: If you hold a dividend-paying U.S. stock in your RRSP, you do not have to pay withholding tax on those dividends, Mr. Palfrey says. You would have to pay the tax (about 15 per cent) if the same stock was in your TFSA.

The second involves an investor’s age. As Mr. Pape points out, “you can’t have an RRSP after the age of 71, but you can have a TFSA for the rest of your life.”

For investors who complain about having to convert RRSPs to RRIFs at age 71 – and then being forced to take out a minimum each year after – TFSAs can be great alternatives.

RRSP vs. TFSA: the basics