The case for locking in your mortgage – Bruce Coleman, Vancouver Mortgage Broker 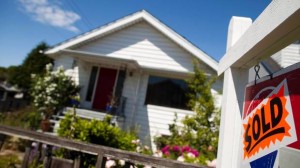 A variable-rate mortgage entails a vulnerability to possible short-term rate increases by the Bank of Canada.
(RAFAL GERSZAK FOR THE GLOBE AND MAIL)

You can’t go wrong if you respond to this week’s mortgage rate increases by locking in for five or 10 years.

We’ve had several rising-rate episodes in the past few years, but they’ve invariably fizzled. In each case, one of the many global economic trouble spots has gone critical and caused rates to retreat. Will this latest rate spike unwind itself, too? Can our low-rate utopia last indefinitely?

Smart borrowers today work on the assumption that the answer is no. The question, then, is how to best keep mortgage costs low today while also protecting against future increases.

Let’s consider the lock-in option, first. That’s where people with variable-rate mortgages convert at no cost into a fixed-rate mortgage, and new home buyers go with a five- or 10-year fixed rate mortgage. It happens to be an excellent time to lock in, even if some banks have boosted their special five-year fixed mortgages rates by 0.2 of a percentage point this week.

The banks were responding to a big runup in the yield on the five-year Government of Canada bond, which sets the trend for five-year mortgages. But thanks to a highly competitive mortgage market, lower rates are still available. Kim Arnold, a broker with Dreyer Group Mortgages in Vancouver, said earlier this week that she was able to get a very competitive five-year rate of 2.89 per cent for clients.

“Rates are phenomenal, even with this latest increase,” she said. “It’s certainly not a bad time to lock in.”

David Larock of Integrated Mortgage Planners in Toronto sees zero urgency for locking in, mainly because of the potential for yet another global economic scare to send rates lower. Europe’s problems with high government debt levels and slow economic growth could do it. So could Japan’s rickety economic fundamentals, worry about weakening growth in China or uncertainty over the sturdiness of the U.S. economic recovery.

Low inflation is another constraint on rate increases, Mr. Larock said. “I think the Bank of Canada is probably more concerned about getting inflation to go up as opposed to going down.”

It’s this line of thinking that leads Mr. Larock to make a case for the variable-rate mortgage, where your rate rises and falls along your lender’s prime rate.

The prime, in turn, is guided by the Bank of Canada’s benchmark overnight rate of 1 per cent, which hasn’t moved since September, 2010, and is expected to remain steady until the latter half of next year.

“The prime rate moves when the Bank of Canada changes their rates, and they’re not going to jump around like the market does in terms of what happens with five-year Government of Canada bonds,” Mr. Larock said. “These bonds are subject to the vagaries of large institutional investors, and to the ebb and flow between the stock market and bonds.”

That means a rate of 2.50 per cent, which compares to a range of 2.72 to 3.29 per cent for discounted fixed-rate mortgages over five years, depending on which lender you deal with.

If you go with a variable-rate mortgage, you’re vulnerable to the short-term rate increases the Bank of Canada will eventually start using to keep economic growth under control.

Toronto-Dominion Bank’s economics department expects a half-point rise in the overnight rate in the fourth quarter of next year.

As for five-year fixed rates, they could retreat again in the weeks and months ahead if there’s another global economic scare. But TD chief economist Craig Alexander said the broader trend in the bond market is the start of a move toward more normal levels. Next year, he sees the five-year Canada bond yield at 1.85 per cent, up from 1.60. “I think bond yields are going to grind higher, but 1.85 per cent on a five-year Government of Canada bond is still incredibly low.”

The best strategy for most people today is to lock in quickly to today’s best five- or even 10-year rates (read my case for the 10-year mortgage online at tgam.ca/DqYG). As Ms. Arnold, the Vancouver mortgage broker, put it, “I don’t honestly think anyone can make a mistake by locking in.”