The Complexity of a Mortgage Pre-Approval 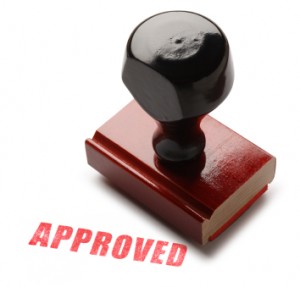 Recently, Rick Robertson of Mortgage Mentor Inc. was performing some research and contacted several real estate agents and mortgage lenders to obtain their definition of what a mortgage “pre-approval” means.

He received 2 very common responses to his query which includes the following:

However, he also found that while discussing the issue with mortgage lenders that they had a variety of differences in how they define a pre-approval but in no instance did any of their replies actually meet how the marketplace defines the meaning of a mortgage pre-approval.

This did not come as a surprise for Mr. Robertson, but what did surprise him were the replies that he received from 2 particular mortgage lender executives. He asked them to consider what they considered as being different between a mortgage pre-approval and a “rate hold.” They replied with considerable degree of confidence that in their opinion they were the “same thing.”

The opinions expressed by many professionals in the mortgage industry is that a pre-approval and a rate hold are different from each other. To most professionals, a rate hold means a “rate guarantee.” A pre-approval means that the approval has gone through the underwriting process including reviewing the applicant’s credit profile, employment, financial resources and the property itself to determine if the applicant can be approved.

What add confusion to these terms is that some lenders present what they refer to as a “pre-approval” but in actuality is really by definition a “rate hold.”

From a result of his survey with a variety of mortgage lenders he did uncover a variety of specific policies that are considered for the most favourable pre-approval or rate hold rates which include the following:

Since there so many differences in how all the lenders approach a rate hold and pre-approval, it is well worth the while of any potential mortgage borrower to discuss either of these issues in detail with their broker as it can be well worth their while to do so.