Why there’s no reason to panic about rising rates – Consult with Bruce Coleman, Vancouver Mortgage Broker 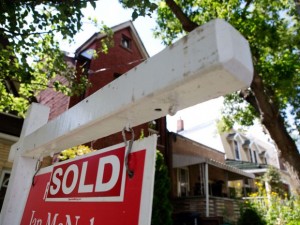 The Canadian Association of Accredited Mortgage Professionals found in its last survey that fixed rate mortgages were 85% of new origination.

There is a simple answer to all this hysteria about mortgage rates going up. Don’t lock in your rate.

I know it’s almost heresy to have a floating rate in a mortgage world dictated by Finance Minister Jim Flaherty, who thinks nothing about calling up the banks and telling them their rates are too low.

But the reality is that a variable rate mortgage tied to prime can still be had for as little as 2.55% from some major institutions while the comparable five-year fixed closed rate is 3.49%.

I know. The Risk. Really? The Bank of Canada’s key lending rate, which prime is tied to, hasn’t moved in three years and some economists maintain it won’t be moving until 2015.

“It’s a big, big change going from 2.89% to 3.79%,” says Benjamin Tal, deputy chief economist with CIBC World Markets, who expects there to be some rush from consumers to get into the market in the short-term. “There will be more and more people locking in.”

There has been a big jump in mortgage rates to match what has happened with long-term bond yield but it comes down to about 50 basis points. If half a percentage point is going to drive you out of the market, it is time you saved more money to buy a house. The sky is falling at 4% is not based on any historical reality.

But if you want a low rate and are willing to roll the dice, the variable product is out there and expect it to become that much more enticing over the coming months as the interest rate gap widens.

As the yield curve flattened, it didn’t require much thought to lock in. If your financial institution will give you the same rate for five years at 3% or 2.8% (discounts on prime were lower at one point) to begin with and the chance rates will rise, the risk to save 20 basis points is not worth it.

The market showed that consumers were making the only sane choice. The Canadian Association of Accredited Mortgage Professionals found in its last survey that fixed rate mortgages were 85% of new origination. That’s well above the historical average.

The narrow gap drove people away from variable rate products as much as government policy. One of Mr. Flaherty’s subtle changes to mortgage rules was to force people to qualify based on the five-year posted rate which is now 5.14%. However, if you secured a fixed rate product for five years or longer you could use the much lower rate on your contract which made it easier for those consumers to qualify and borrow more money.

But the spread is widening and today’s gap is more the historical norm, says York University Prof. Moshe Milevsky. Mr. Milevsky is the usually unnamed author behind a report that says you do better going with variable about 88% of the time. The report was done a few years ago and has not been quoted much in today’s low long-term rate environment.

“Look at the premium now. There has always been periods over the past 40 years where this thing widens,” says Mr. Milevsky. “This one of the larger ones because of the steepening of the yield curve. On the short end they are holding the curve down and the Bank of Canada sees no indication they will be raising [the overnight rate]. On the long end you have the bond market. Who is going to win? The Bank of Canada or the bond market? Place your bets.”

“It’s abnormal to have the same rate on variable and fixed. We are going back to normal,” says Prof. Milevsky, who thinks the gap will widen. “Nothing has changed, you have to look at your personal balance sheet [to decide if you can handle the risk].”

Vince Gaetano, a principal at monstermortgage.ca, says banks are working hard to “scare” people to lock in. He doesn’t think long-term rates are going to move much further up but on the short-end he thinks there’s going be more room to discount off of prime.

It’s important to remember that the discount you negotiate off of prime on your variable rate product is what you have to live with for the term of the contract, often five years.

“There is a real opportunity if you are disciplined to take advantage of a variable rate,” says Mr. Gaetano. “I think the key is make your payment [based on higher rate] and you will hammer your mortgage down aggressively.”

And, once you’ve done that, a raising rate environment is not all the scary.