Hints of the housing market’s undoing can be found in the questions being asked by a 26-year-old, recently graduated, money-saving virtuoso we’ll call Steve.

Heard about all the struggling members of Generation Y who wonder how they’ll ever afford a house? Steve’s not one of them. He graduated with an engineering degree in 2012, landed a full-time job several months later and has been saving aggressively. 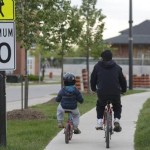 Boomers, Gen Y may not be able to pay the price you’re expecting to get for your home when you sell in the years to come.
(Fred Lum/The Globe and Mail)

Now, he’s thinking about home ownership. He wonders, is it wise for a young person like himself to buy now, or is the market headed for a fall as baby boomers unload their family homes? “I’m curious who they think is going to buy their houses at the prices they expect to get,” Steve said.

Steve, who lives in Mississauga, has done all the right things financially. He worked and saved hard in his student years and, with help from his parents, he graduated from university with no debts other than a small balance of a few hundred dollars on his credit card.

“I’m very fortunate in my situation,” he said. “But I feel like I’m a bit of an outlier. How many young people out there are swimming in debt and can’t even start saving up for a house down payment until their mid-30s?”

Here’s what we know about the struggles of Gen Y. The number of people aged 20 to 29 who are living with their parents hit 42.3 per cent in the 2011 census, up from 27 per cent in 1981. The unemployment rate for young adults was double the national rate at 13.9 per cent in January, and there’s a serious problem of underemployment. Ask your friends and co-workers how their adult kids are doing and you’ll find this to be an issue that cuts across all lines on family income and status.

Meantime, housing prices keep rising in the big cities that offer the best job prospects. The average Calgary house went for about $444,000 in January. The Hamilton-Burlington area, a commutable distance from Toronto, averaged about $385,600, while Toronto itself averaged about $526,500.

Condos may be a cheaper option, and there are always cheaper homes to be found in the suburbs or less desirable neighbourhoods. But there are still two big impediments to Gen Y home ownership: Saving a down payment, and affording the monthly carrying costs.

Not for Steve, mind you. He’s been renting an affordable apartment and, thanks to his good salary and savings habits, he’s not far from having a down payment for a house in the Toronto area. If he dips into his registered retirement savings plan using the federal Home Buyer’s Plan, he’s probably good to go with a minimum 5-per-cent down payment.

A quick aside: This engineer is so meticulous in his financial thinking that he’s creating a spreadsheet to help him understand whether it makes good financial sense to use the Home Buyer’s Plan – “I know how horribly nerdy it sounds.”

In Steve, we have a Gen Y member who believes in home ownership and can afford to buy. He’s just nervous about buying into a market that seems headed for a mismatch between sellers expecting top dollar and buyers with limited means. “You’re going to have a younger generation basically saying, sorry, we can’t afford that.”

Steve e-mailed me looking for some feedback on his thinking about housing. I really have only one question about his analysis: Why is this 26-year-old the only one asking about Gen Y’s ability to keep the housing market afloat in the years ahead?

Boomers, wake up to this. A recent survey by Sun Life Financial suggests almost one in four Canadians see their house as their main source of income in retirement. Newsflash: Gen Y may not be able to pay the price you’re expecting to get for your home when you sell in the years to come.

As for Steve, I suggest waiting on the home purchase. If it’s not Gen Y’s economic struggles that cool the market, it will be the total disconnect between rises in house prices and income (read more about that in my column: Why Canadian homes are more unaffordable than ever.)

The only way it makes sense for Steve to buy any time soon is if he commits to staying in the house long enough – 10 to 12 years at least – for prices to recover from a possible correction. In the short-term after a decline, he should prepare for an epic case of buyer’s regret.

Here’s an online reading list for people who want to get up to speed on Generation Y and the housing market:

1. Renting beats buying: Asked to justify buying or renting, the 20-somethings in Prof. Richard Harris’s urban housing class at McMaster University choose renting by a margin of 18 to five.

2. Think houses are unaffordable now? Check out how astronomical prices will get if they keep rising at current levels.

3. Don’t fence me in: How some Gen Y members see home ownership as too big a financial sacrifice. tgam.ca/Dz9F

5. The Who Had It Worse Time Machine: Compare the economic challenges faced by Gen Y with young adults back in the early 1980s.