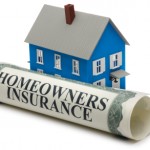 When you’re buying a new home or condo in Vancouver you’re going to need to also buy homeowner’s insurance. Many people simply contact their auto insurance agent and buy a policy without really giving it the attention it deserves.

And, unfortunately many people also don’t take the time to read through the policy to really appreciate what the policy covers, but more importantly what it doesn’t cover.

Not all insurance companies are the same and a discounted homeowner’s policy which you might find browsing the internet doesn’t mean you are necessarily going to be getting the best deal particularly if the company doesn’t have a good record for servicing claims.

Also, there are aspects of insurance coverage that some people neglect because they believe if they have a policy all their possessions will be fully covered in the event of a catastrophic loss.

There are likely plenty of folks in Calgary who were wishing they had included a “Flood Insurance Rider” after their own recent horrific experience. That nice little creek running alongside your property can take on monstrous proportions during a deluge and flash flood.

It is also important to remember that Vancouver is a not only a coastal city and could face the prospect of a tsunami, but is also situated on an earthquake fault line.

Also, if you bought the wrong policy such as one which only provides ACV (Actual Cash Value) versus Replacement Cost then you could end up losing a whole of money and find yourself very underinsured in the event of a major loss.

This is a very important question to ask when buying a homeowner’s insurance policy especially as it pertains to your personal possessions.

An ACV policy means that depreciation will be applied to each and every possession so you will not receive full value unless it was something you just purchased. A flat screen T.V. which you bought 5 years ago may have as much as a 50% depreciated mark down on the amount which could be reimbursed.

Replacement Cost on the other hand is a more expensive policy but when it comes to replacing everything you own is the smarter buy because you even though that same T.V. described above is 5 years old, you would get the equivalent cash value of what it would cost to replace your set with an equivalent type model.

Another reason to read the policy is that certain types of events such as flooding or earthquakes may be excluded in the standard policy. If you want to protect your home and possessions from damage from these types of events you will be required to buy separate policies.

Other Facts about Personal Possessions

Your personal possessions are not covered in their entirety. Some more valuable possessions such as artwork, collectibles, furs and other items will only be covered to a specified percentage or dollar amount. To ensure that you cover these valuable items to their full value you will be required to buy separate “insurance riders.” In most instances, you will need these items appraised before the rider is issued.

You may also need separate riders for other personal possessions such as a boat, and R.V. or A.T.V. and other items as they may be excluded or only afforded very nominal coverage.

Do You Have Enough Insurance?

Many policies cover only the structure and/or your possessions. They may not cover the land itself. Instead of getting insurance just for the home, you want to consider increasing the amount of coverage to also cover the land. You also need to review the policy for unattached structures to ensure they are also covered.

Another point to remember is to review you policy every couple of years. Properties and homes appreciate in value but your insurance coverage has to be increased by you because it will not be done so automatically.

There are two ways that you can save money on your homeowner’s policy. The first is by increasing your deductible. The deductible is the mount you will be responsible to absorb when you make a claim.

If you are submitting a claim on your home destroyed in a fire worth $500,000 with a comparable policy coverage amount and have a $1,000 deductible, then you would receive payment less the deductible. The higher the deductible – the cheaper the cost of the policy.

The second way to save money is through bundling. Most insurers will provide discounts if your bundle some of your insurance coverage under the one insurer such as your auto insurance combined with your homeowner’s. Always ask you agent about any discounts offered by the insurance company.