Where are the Top Prices for Homes and Condos in Canada? – Consult with Bruce Coleman, Vancouver Mortgage Broker

Where are the Top Prices for Homes and Condos in Canada? 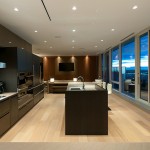 Those of you who like to invest in real estate in Vancouver should also realize that Vancouver doesn’t necessarily have to be the only city in Canada where you can invest in real estate. If you’re buying property as rental income or strictly as an investment there are other markets you might want to consider for the single family home or condo.

In St John’s there was a significant price appreciation for 2 storey and detached bungalow homes along with condo price increases. All three saw an average increase of around 12.1% right across the board. A two storey home is worth around $329,333, a condo is valued at $214,000, while a detached home rose to $299,000

Prices in Montreal saw a slow start with some stabilizing later on. Buyers were more preferential towards 2 storey homes which rose 3.9% with an average price of $403,007 and the market saw less demand for detached bungalows which had a meagre increase of 0.6% and were valued at $289,306. Condos saw an increase of 1.6% and are valued on average at around $239,819.