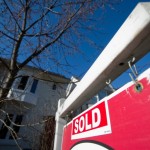 m November, and by 2.5% for all of last year, Statistics Canada said Thursday from Ottawa. Prices rose 1.7% nationally from the same month a year earlier.

New homes in Calgary, the corporate hub of Canada’s energy industry, were up 0.1% in December, the smallest gain in a year, the agency said. Even with the December slowdown, Calgary’s annual home-price gain of 6.5% was the fastest in the nation.

Today’s report also showed housing prices fell by 0.1% in December in Montreal and Vancouver, the country’s second and third largest cities. For all of last year, Montreal prices declined 0.2% and in Vancouver they fell 0.6%.