While Toronto’s housing boom rolls on, some of the housing itself is falling apart

TORONTO — Toronto has more than 100,000 units under construction as developers and investors seek to cash in on condo prices that are up 25.7% in the city over the past five years. The trouble is, many buildings are so poorly constructed that some residents fear that the money-spinners of today could become the slums of the future.

Glass panels have been falling off newly built Toronto condos, including the luxury Shangri-La and Trump towers and a dozen or more lesser-known buildings across the city. New buildings suffer from water leaks and poor insulation 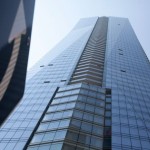 , making them ill-suited to Canadian weather.

“Many buildings that went up during the beginning of this condo boom are already facing high repair costs, and in many cases lawsuits, because they are built so shabbily,” said Ted Kesik, a professor of building science at the University of Toronto.

That’s all far in the future for builders and investors who have had little trouble finding tenants, with the city’s rental vacancy rate at 1.8%. Condo prices are rising across the country, up 16.8% in the last five years, according to the Canadian Real Estate Association.

Real estate brokers are dealing mostly with 10-year investors who want to buy from a blueprint, double their equity during the five years of construction, and enjoy rental income and price appreciation for five more years before selling and investing again elsewhere.

“It’s all about timing. We advise most clients to get out before that five-year mark,” said Roy Bhandari of Sage Real Estate, which notched nearly C$50 million in Toronto condo sales in 2013, with clients typically from China, Eastern Europe, or the Middle East. “It’s the magic number because after five years the warranties are expired.”

Related Canada’s new housing prices show biggest gains in 7 months, led by Toronto and Calgary Kingston and environs a burgeoning market for first-timers and downsizers The spate of falling glass sheets prompted the Ontario government to improve the building code in 2012 to stipulate that better glass be used for balconies, but the problem continues. In July, balcony glass panels fell off the 65-storey Shangri-La hotel and condominium building in Toronto’s downtown core for the fifth time.

Before you sound the debt alarm, know how much is too much

Canadians have increasingly become more comfortable with debt. Despite the Bank of Canada repeatedly sounding the alarm about household debt levels, calling it the biggest domestic risk facing the Canadian economy, we continue to take on more. But how much debt is too much? Keep reading. Canada’s reputation as a safe haven from global financial storms has driven condo development in Toronto and Vancouver since 2009, attracting investors at home and abroad spooked by stocks, bonds, and foreign banks at risk of failure.

“The first reason they chose Canada is the banking system. It’s the most boring banking system on the planet, but it makes it the safest,” said Bhandari.

Less important are the finer points of the condos, with investors primarily focused on value, location, and amenities.

“Investors never see the suite. They buy it and sell it, and they are not flying in to micro-manage the investment,” Bhandari said.

While there are no numbers on how many of Canada’s condos are being bought by foreign investors, estimates range from 5% to 50%. The Shangri-La in Toronto is part of a chain owned and managed by Hong Kong-based Shangri-La Hotels and Resorts, one of the world’s leading hotel companies.

“It’s almost like the dot-com bubble, in that you have to see it coming and sell, because if not, you’ll get burned,” said building scientist Kesik.

Fleming bought a pre-construction condo in 2005 that was scheduled to be finished in 2007. When he finally got his unit’s keys in 2010, the rest of the building was still under construction, and he saw defects everywhere. He sold his unit within two years.

The Ontario building code, a provincial responsibility, is reviewed every five years, said Conrad Spezowka, a spokesman for Ontario’s Municipal Affairs and Housing ministry. He noted it was most recently amended in June 2012 to address the failing glass problem.

“While the province is responsible for administering the Ontario Building Code, municipalities are responsible for enforcement and inspecting construction and renovation to ensure it complies with the code,” Spezowka said in an e-mail.

In January, a report from Toronto’s Auditor General found enforcement of the building code was lax and in need of a top-to-bottom review. Two-thirds of open building permits across Toronto had no inspection for over a year. Of the 3,735 reported code violations in 2012, only 30% had been inspected, and more violations were issued than closed each year.

Toronto’s building office did not respond to requests for comments for this story.

Tom Hicken for National PostTORONTO, Ont. (10/09/2013) â€“ Glass and blood is seen at the site where a glass panel fell from the Shangri-La Hotel and struck a man at street level on University Avenue and Adelaide Street on Tuesday, Sept. 10, 2013. Most condo owners are reluctant to make a fuss about poorly built condominiums for fear of lowering asset values as they try to offload the unit. Nonetheless, lawyer Ted Charney in September launched his sixth class-action lawsuit against a major Toronto developer, a C$29 million suit over wildly fluctuating water temperatures in a condo high-rise that are being blamed on the installation of improper water valves.

“Our building code is woefully deficient,” said Audrey Loeb, a real estate lawyer dubbed “the Condo Queen” for her focus on condominium owners who were promised one thing when they were buying and got much less when they moved in. “The municipal and provincial governments have not imposed high enough obligations on developers.”

Developers said there are plenty of checks and balances, and that mistakes are corrected quickly.

“There’s a lot of moving parts. It’s not like there is a mistake because we’re trying to provide cheap product. It is the opposite. Everyone is always trying to better themselves,” said Barry Fenton, president and chief executive of Lanterra Developments, which is among those being sued for falling glass at one of its new condo towers.

“The systems that we have in place have worked, they are healthy. There is no question if building inspectors or policies suggest we should make changes, we’re here to listen and make the changes. Change is good.”