Tracking foreign buyers in Canada’s housing boom: Can we do it? Should we even care? 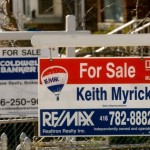 A third of people buying homes in Canada may be foreigners, says one real estate company. A leading economist says the number isn’t even 5%. The country’s housing agency says it has no idea what the actual number is.

CMHC leaves out question of foreign condo investors, but economist says it’s only 5%

A survey of Canada’s two largest condominium markets by the country’s housing agency has failed to answer the question many observers have been asking: How many foreign buyers are in the market?

Read more
There is no definitive answer to the persistent question about how much of the current Canadian housing boom is being driven by overseas buyers — as some eyes focus sharply on Mainland China.

Even at Canada Mortgage and Housing Corp., the percentage of foreign ownership in the Canadian housing market is a deep mystery. CMHC avoided the issue entirely this month, when it released a massive survey of more than 42,000 Canadian condominium households in Vancouver and Toronto.

“At this point in time, it is still very difficult to identify [overseas investors] as part of the survey,” said Bruno Duhamel, manager of economic and housing analysis at CMHC. “We are exploring what type of method could be used.”

The real issue may be even if we can pinpoint the number of people from outside Canada buying residential property, should we care? Canada has no restrictions on foreign property ownership and the federal government said as recently as last year it has no plans to implement any restrictions.

“If we are talking about people with connections to another country, it’s meaningless. I’m surprised it’s only 33% if it’s just a connection,” says Benjamin Tal, deputy economist with CIBC, referring to a survey by Vancouver brokerage Macdonald Realty that found of its 531 single family sales in 2013, 178 or 33.5%, were to buyers from Mainland China.

The Macdonald Realty results were produced by someone going through the transactions and identifying names the the company identified as Chinese, meaning the buyers may very well have been established Canadian citizens.

Mr. Tal’s own analysis, which he based on the CMHC data, information obtained from developers and his own bank’s business, suggests foreign investment is less than 5% of the condominium market in Toronto and Vancouver.

Related
Housing market 10% overvalued in Canada amid condo risks, data uncertainty: TD executive
Foreign buyers shore up high-end housing in Canada with Montreal top destination
Canada house prices expected to rise further, fuelling fears of meltdown
“It’s a solid market,” said Mr. Tal about the overseas buyers. “We are talking about people who are putting down 45%-50%. They are not getting CMHC mortgage insurance [backed by the federal government].”

So why all the fear and loathing about overseas buyers?

“I think ‘foreign’ sounds risky,” said Mr. Tal. “You ask people about them and it’s like ‘they’re the bubble, there is going to be a crash when they leave’.”

But demand can fuel price increases. If you feel housing prices are rising too fast, a high percentage of overseas buyers driving the market may be a legitimate gripe, concedes the economist.

Brian Johnston, chief operating officer of home builder Mattamy Homes, says the so-called foreign buyer fear has always been overstated. “A lot of the capital comes from overseas, but the buyers are residents. There is also the phenomenon whereby someone (generally from Asia) gets their Canadian passport and then returns to their country of origin to make the real money (and taxed at much lower rates). Meanwhile, they have bought real estate here.”

I think ‘foreign’ sounds risky… You ask people about them and it’s like ‘they’re the bubble, there is going to be a crash when they leave’
But even if you wanted to “crack down” on foreign buyers it would not be easy.

“You may buy a place for family members or for investment purposes or for both reasons,” says Finn Poschmann, vice-president of the Toronto-based C.D. Howe Institute. “When you’re buying for family members, who are potential future residents, it may look like foreign ownership and in practice the person is going to be there. How one makes sense of that in a statistical context is not at all obvious.”

The only agency that tracks foreign money is FINTRAC, the Financial Transactions and Reports Analysis Centre of Canada. The agency, which reports to the the Minister of Finance, is geared to towards policing money laundering.

“That [money laundering] is not necessarily an issue at all when it comes to new home or condo buyers,” said Mr. Poschmann. “We haven’t devised in Canada a system for aggregating this information [on foreign ownership], and under the current system I’m not sure it can be done. And, if we did have it, I’m not sure what we would do.”

Tsur Somerville, an associate professor with the University of British Columbia Centre for Urban Economics and Real Estate, said his worry is the people who buy units and then don’t occupy them.

Overheating worries at home are driving Canada’s builders south, where they buy up rural land, betting on a recovery in the U.S. suburban housing market
“That really pushes up the demand for land without satisfying the people who reside here,” said Mr. Somerville. “Then you get people who occupy, but do it sporadically; it’s essentially a vacation property.”

Taken to its extreme, you can end up with the complaint you might hear in a resort town such as Whistler, B.C.: People who work there can’t live there because it’s so expensive.

One method to try to determine how many people are living in the units they own might be to track hydro use, said Mr. Somerville. “It was done in the past and it was found, it was not as high as people thought.”

Restricting this type of activity could be controversial because it would mean the government is effectively forcing you to live in your home. “You know from a municipal standpoint nothing could be better than these people. They pay taxes and don’t demand any services,” said Mr. Somerville.

It may possible to do something akin to what Florida has whereby non-state residents pay higher property taxes. You could then turn around and tell people if you show you’re renting the property, you get a tax break.

Dan Scarrow, vice-president of Macdonald Realty, said his company’s survey found few people who had no connection to the city — meaning they were neither an immigrant or citizen.

“There is very, very little pure foreign investment where the people have no connection to the city whatsoever,” said Mr. Scarrow. “The worry is these are new immigrants who made their fortunes back in China and bring their fortunes to Vancouver.”

There is also a fear the whole debate is just an example of xenophobia, he said.

“I think it’s been blown out of proportion because there has been an impact in certain pockets of Vancouver,” said Mr. Scarrow. “Even so, the issue is there no realistic solution I can see.”