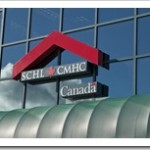 CMHC surprised the market last week by eliminating its insuredsecond home andstated incomeprograms. Many believed that the Department of Finance (DoF) had something to do with it.

We asked the DoF directly. Here’s what they told us:

The CMHC changes are aligned with the Government’s continued efforts to adjust the housing finance framework to restrain the growth of taxpayer-backed mortgage insurance, as noted in Economic Action Plan 2014. The Government has not amended regulations related to these products.”

CMHC’s withdraw from this space will create opportunity for private insurers, at least for the foreseeable future.

The self-employed program is about 5% of Genworth’s business, notably more than CMHC. The secondary homes program is only 1-1.5% of its volume.

“(There is) no mandate for us to follow (CMHC),” Hurley added. “These two particular products perform quite well for us.”

Genworth’s evaluation has led to just one change so far. Today the company announced that it is reducing the maximum number of allowable units under its Vacation/Second Home program from two units to one unit.

Fortunately for self-employed borrowers, it has left its stated income product alone, saying today that, “Upon review of the current Business for Self Program, we will not be making any amendments to current product guidelines.”

The company also clarified that “There will be no amendment to the maximum number of Genworth-insured properties per borrower.” CMHC said last week that it would “limit the availability of homeowner mortgage loan insurance to only one property (1-4 units) per borrower/co-borrower at any given time.”

Update: After this story first went to press we received confirmation that Canada Guaranty is not changing its stated income program. Like Genworth, however, Canada Guaranty will limit its second home program to one unit, effective May 30.