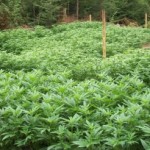 The indoor marijuana grow-op business is a multi-billion dollar illegal business. These grow-ops can be found in almost every neighbourhood in Vancouver. From one bedroom apartments to multi-million dollar homes they are thriving throughout the city.

How prolific is the problem? Well, B.C. Hydro estimates there may be as many as 18,000 grow-ops that operate off their grid.

Some people think they might be getting a deal on a home if it was disclosed that it had been used a former pot grow-op. And, other people might be buying a home that they think is a bargain and weren’t provided disclosure that the home had been used as a grow-op.

Although property disclosure statements are required, a real estate agent can only disclose what has been revealed to them and not all sellers are necessarily completely upfront about what they disclose. A worst case scenario is where the owner actually ran the grow-op and then spent a bit of cash to camouflage the alterations they made so they can more readily flip the house and move on.

Either way, any home which has been used as a grow-op is going to cost you more headaches then they are worth. In fact, there are a number of lenders out there that simply won’t even approve a mortgage application if the home has a history of being a grow-op.

What Dangers Can Be Found in a Home used as a Grow-Op?

To grow marijuana, both minor and major renovations may have been carried out by the growers. The idea is to create an internal atmosphere which is conducive to create optimal growing conditions.

This means that pesticides or other chemicals could have been used and which are detrimental to human health.

The use of water and localized vapour barriers can considerably raise the humidity in the home. This can result in the growth of mould which is not always readily visible to the naked eye as it can exist under carpets, behind drywall and extend elsewhere throughout the building.

Additional concerns involve plumbing, heating modifications and electrical wiring which could have been jury-rigged in an unsafe manner and pose a potential threat in the form of flooding or an electrical fire.

An air quality and mould inspection analysis performed by a home inspector can run as high as $1,500.  And, once the City of Vancouver has been notified that the home has been used as a former grow-op, they can order you to vacate the home, and will have to send in inspectors to determine what repairs have to be carried out to make the home liveable again.

You will then have to likely spend anywhere up to several thousand dollars or more in performing some major renovations to comply with the city’ requirements. The inspectors will only readmit you to the home when you have made all the modifications that meet their requirements. Permits and fees that you shell out and which you will have to pay to the city could run you as high as $1,250.

Finally, there is the ongoing stigma which will be permanently attached to the house as you will have to disclose to the next potential owners that the home was a previously used as a grow-op which can turn away a lot of potential buyers.

Always make sure you have a home inspector do a thorough investigation of the home you are thinking of buying because your dream home could easily turn into a nightmare.