Rising Ontario prices created a drag on the national figure for home-ownership affordability, according to a report from the Royal Bank of Canada, which says strong data from Vancouver could impact those numbers even more. 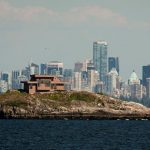 more expensive to buy a home for a second straight quarter as 2014 closed, news that comes out as the Real Estate Board of Greater Vancouver said sales were up 60% from January with prices up 6.4% from a year earlier, based on its index.

“Almost every province and city improved [in affordability] except Ontario and Toronto,” said Craig Wright, chief economist with RBC, about his bank’s study.

The bank said that during the fourth quarter, affordability – the cost of owning a home as a percentage of pre-tax income – climbed by 0.1 percentage points to 42.7% for bungalows, 0.2 percentage points to 48.1% for two-storey homes and remained unchanged at 27.4% for condominiums. Costs include mortgage payments, utilities and property taxes.

Mr. Wright said Vancouver, still the least affordable place to own a home in the country at 82.4% for a detached bungalow, saw improvements because of wage gains in the province.

The average price of a home in Calgary dropped 4.2% in February from a year ago, but that might not be enough to improve affordability if people start losing their jobs. The income part of the RBC measure is based on an average of the population and unemployment will lower that number.

Overall, lower interest rates across the country have helped consumers save money on their housing costs. “We’ve seen this time and time again. Any time interest rates move down, it’s a pretty powerful force for affordability,” Mr. Wright said.

Real estate author Don Campbell thinks Canadians are probably immune to the effect of lower interest rates because they expect to borrow at sub 3% rates now. If anything, he says a rise in interest rates would create a stampede to buy.

“I don’t think a quarter-point drop has much of an impact anymore,” he says. “I’m borrowing at 2.34% now. Who cares if they go lower.”

Mr. Campbell, who is based in Vancouver, said the city’s sales numbers might have been inflated last month because of unusually warm weather.

“A lot of the March, April and May product sold [earlier than expected] in February because we have 15-degree weather,” said Mr. Campbell. “We had a spring-buying season activity.”