What You Need to Know About Stricter Debt Ratio Standards

What You Need to Know About Stricter Debt Ratio Standards 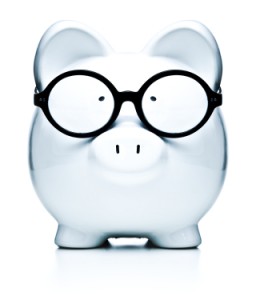 One of the key factors used to determine whether you will be approved for a home mortgage in Vancouver is your debt ratio.

Back in the latter part of June of this year, the Canada Mortgage and Housing Corporation has also issued new guidelines for how debt ratios are to be calculated and how income documentation is to be confirmed.

The new guidelines issued by CMHC will clarify how each input for debt ratio calculations will be treated and will become effective for all CMHC mortgages as of December 31, 2013. In reality however, the majority of lenders are already applying these new guidelines.

The guideline standards will be applicable to all 1-4 unit residential mortgages and despite the loan-to-value ratio.

A conventional or uninsured mortgage will have different policies but it is expected that the majority of lenders will apply these same guidelines to their approval process.

Some of the guidelines have been clarified for insured mortgages as follows:

Variable income means income which includes investment income, bonuses, tips, and seasonal income. Lenders are now required that they must use an amount which does not exceed the average income of the “past two years.”

The P.I.T.H. (Principal, Interest, Property Taxes and Heat) must be either deducted from the gross rent income or included as other debt obligations when calculating the TDS (Total Debt Service).

A guarantor (one who will make the full mortgage payment if a borrower defaults) will not be allowed to have their income used in a GDS (Gross Debt Service) ratio or TDS (Total Debt Service) ratio unless they are residing in the home as either the spouse or common law partner of the borrower.

For both of these debts, no less than 3% of the outstanding balance will have to be included in the debts payments that are made monthly. Payments which are considered as “interest only” will not be considered for lines of credit. A borrower’s credit history must be assessed by a lender when considering the amount of “revolving credit” that can be considered in a debt ratio.

A lender must now use the actual heating cost record of a property or a reasonable estimate if one is not available. Some lenders now use a formula such as:
square footage x $0.75 / 12 months to calculate as estimated heating cost.