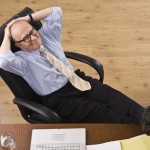 For most of us, the concept of retiring at 55 is dead. It is dead because many would struggle to finance a retirement that will last 30 plus years, but also dead because many people are realizing that they don’t actually want to be retired for 30 years.

Since 1975, the average number of years spent in retirement has grown by more than 30%.

The study doesn’t nail down if it was money or other reasons that drove us back to the working world but these are significant numbers that we likely wouldn’t have seen 40 years ago. The study stopped at 65 but I think in the coming years we will see more and more people working well into their 70s.

According to The Canadian Human Mortality Database, the average life expectancy for a 55-year-old male is 27.1 years, or to age 82. Given that it is an average, roughly half of all 55-year-old males will live beyond 82. This is based on 2009 data.

This may not seem like a huge difference at first, but looked at another way, the average length of retirement for a 55-year-old male has grown 31% since 1975, from 20.7 years to 27.1 years. That is very meaningful.

For females, the trend is the same, but slightly less dramatic. A 55-year-old female can expect to live another 30.5 years on average, meaning roughly 50% of 55-year-old females will live beyond 85. This has grown 17% for women since 1975.

The point of all of this is that retirement planning needs to change, and a significant part of that relates to employment.

He may have 20 to 40 years of life in front of him and may be nearing the end of his career. This makes no sense for most people – both for financial and quality of life reasons. There needs to be a better fit between this person’s skills, work goals, financial goals and the broader workplace.

This shouldn’t be that difficult to figure out.

The private sector is always looking for people to hire that will add to a companies’ profitability.

I believe that there are currently two factors preventing a better workplace fit for those who want to work into their late 60s and 70s, and even 80s.

1) 9-5 workdays That rigidity certainly isn’t good for traffic during rush hour, but it also prevents too many valuable workers from continuing to work. Whether it is a much shorter or flexible work week or more piecemeal project work, there needs to be more workplace creativity in order to be able to take advantage of the great talent available.

2) Ageism There continues to be a belief that older workers can’t contribute or add value. Their ‘old school’ ways and lack of technology skills or “unwillingness” to burn the midnight oil are typical comments heard in the workplace. Despite these perceived weaknesses, we also know that things really get done based on communication skills, people management, problem solving, and looking at things from a different perspective.

This reminds me of an ‘old school’ manager I once had who would often be seen going over his files from the ’70s and ’80s. Occasionally he would pull one of them out, blow off the dust, and say “let’s see how we dealt with this same issue the last time.” It was amazing how often we would discover that today’s new business issues had already been dealt with many years before.

There is also a broader economic issue for Canada. As a country we would be in much better shape if we can tap into the productivity of those over 65. This wasn’t such a big issue in 1971 when those over 65 were just 8% of the population. Today that number is 16%, and it is expected to be 24% in the next couple of decades.

If 65 really is the new 55, then we better figure out how to make it work.