Young urban condo buyers: Why not rent instead? – Consult with a Vancouver Mortgage Broker 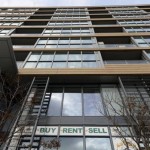 Question for all the young adults buying condos these days: What are you thinking?

Rent that little box in the sky and save your money for a house later on. Don’t buy something you’re going to grow out of in a few years.

“When you run the numbers, renting is probably a bit cheaper,” said David Fleming, a Realtor with Bosley Real Estate and writer of the Toronto Realty Blog. “But [young adults] think the market is going to go up, they want to pay down principal, they want pride of ownership. I’ve probably sold seven or eight condos this year to kids under 25.”

Mr. Fleming said some young buyers get help from parents to buy their condos, and then manage the monthly carrying costs of the mortgage and condo fees by finding a roommate to pay rent. Yet because young buyers tend to stay in their condos for only a short while, renting is still the better choice.

“I would say buyers in their 20s probably won’t live in that condo for five years,” Mr. Fleming said. “They’re going to either outgrow it, or find a mate and want a bigger, better or different place.”

Even if you meet someone and live together in your condo, you’ll probably want to move when you have kids. Mr. Fleming said an increasing number of couples are starting families in condos, but a house is still seen by most as the best place to do this.

Condo prices are rising in some cities, so you might have that going for you if you buy. Data for May show the average condo price rose 6.7 per cent in Edmonton to $251,688. Calgary condos rose 1.9 per cent on average to $315,953, and downtown Toronto condos rose 7.6 per cent to $401,809. “I was a bit of a condo bear and now I’ve basically thrown my hands up,” Mr. Fleming said of the Toronto market.

But, as he is quick to point out, not all condos are equally good investments. Mr. Fleming said there are some poorly built condos in downtown Toronto that won’t hold their value as well as higher quality buildings. His description of one particular development is hilarious: “There’s no soundproofing, people are partying and puking in the lobby, there’s honking, there’s no infrastructure nearby – where do I get a coffee, where do my dry cleaning?”

Rent a downtown condo, don’t buy one. You still get to live the urban lifestyle and reduce commuting times. You’ll also have a decent selection of rentals to choose from. Mr. Fleming said Toronto’s overall rental market is tight, but one bedroom condos available to rent are plentiful. Two-bedroom, two-bath condos? Not so much.

Renting becomes a cheaper option when you add condo fees to that mortgage payment at about $400 a month and property taxes at $180 a month. Factor in the kind of home improvements that owners tend to make and you’ve got an even bigger rent-buy spread in costs.

There’s a theory that buying a small condo is like training camp for owning a home – you learn about mortgages, interest rates, budgeting and maintenance costs. Here’s a better way to prepare to own a home: Rent a condo and park all the money you’re saving as a renter in a nice, safe high-interest savings account held in a tax-free savings account. In the example just above, you’d save about $370 a month by renting. In a high interest account paying 1.25 per cent, you would end up with $22,894 after five years. That’s two-thirds of the way to a 5-per-cent down payment on a $600,000 Toronto house.

What does Mr. Fleming, the real estate agent, think about renting a condo? “As a Realtor, I’m supposed to sell people real estate, not rentals. But I don’t think it’s a bad move.”