3 Financial Predictions For 2014 That Will Be Good For Your Wallet – Consult with Bruce Coleman, Vancouver Mortgage Broker

What will the New Year bring? NerdWallet predicts it may come with a few changes that will boost your bank account. 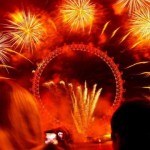 The personal finance site published a list of upcoming financial trends and policy changes that could shape 2014. We pulled out three predictions that would be good for you and your money:

Credit cards will offer more perks.
“Last year, a number of high-end credit cards began offering partnerships with other products, from free FICO scores on some Barclays cards to Amazon Prime memberships with the American Express Blue Cash credit cards,” according to the site. Next year, more credit cards will likely offer similar perks to distinguish themselves.

Credit scores will become more realistic.
Since TransUnion joined Experian this year in factoring in rental payments in credit scores, NerdWallet expects credit score calculations to move toward rewarding people for living within their means rather than for borrowing money.

Pay-as-you-go car insurance will gain popularity.
To save on car insurance, NerdWallet predicts more drivers will move to use-based insurance plans, which use technology to measure mileage and driving habits. The plans reward drivers with savings and discounts for low speeds and less driving. According to Computerworld, major insurance companies such as Progressive, State Farm, National General, and Esurance currently offer such plans, but they may pose privacy risks.