How badly would you be hurt in a housing market price correction? – Ask a Vancouver Mortgage Broker 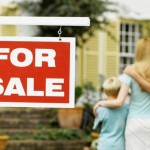 A question for everyone who thinks houses are an investment: How much would a market decline hurt you?

Help yourself be a smarter homeowner by using The Globe and Mail’s Housing Price Correction Calculator to find out. Housing bulls, don’t self-combust. Our calculator shows the result of both price gains and losses over the next five years. Just plug in the current value of your house price – c’mon, you know you know it – and select from among our preset levels of price gains or declines.

Houses are a financial asset that can rise and fall in price, just like stocks, bonds and gold. It’s important to remind ourselves of this after a 25-per-cent price gain between 2008 and 2013 on a national basis and a doubling of prices in Vancouver, Calgary and Toronto over the past 10 to 12 or so years.

In fact, there are already signs of market softness in some parts of the country. “The markets that are strong in Canada are very strong,” housing analyst Ben Rabidoux said. “And the ones that are weak are showing weakness that we haven’t seen since the late 1980s and early 1990s.

Ottawa home prices are down 2.5 per cent on a year-to-date basis, according to the Teranet – National Bank National Composite House Price Index. Montreal is off 1.0 per cent, Quebec 1.2 per cent and Halifax 2.6 per cent. “The next markets that will crack are the Prairies outside of Alberta,” said Mr. Rabidoux, president of market research firm North Cove Advisors Inc.

Want to see what a 25-per-cent decline would look like in today’s market? Our Correction Calculator shows you the numbers for the Canadian market as a whole, as well as the Big Three markets of Vancouver, Calgary and Toronto.

The calculator in no way predicts a downturn in housing prices. It’s only a tool for helping people understand how both declines and increases in house prices might affect them.

Be cautious when viewing how a rising market will increase the value of your home. Interest rates are close to rock bottom levels after a 30-year down cycle and likely to rise in the next couple of years. The impact on affordability will be significant.

“I think it’s going to be a huge shock to the Canadian real estate market,” said Craig Alexander, chief economist at Toronto-Dominion Bank. “I do a lot of real estate presentations from coast to coast and an awful lot of young people think these low interest rates are normal. They don’t see anything abnormal about a 3-per-cent five-year mortgage. I always have to say, can you please have a conversation with the grey-haired gentleman at your table about the normal level of interest rates.”

As you’ll see in a chart included with our correction calculator, five-year mortgage rates reached 18 per cent in the early 1980s. The runaway inflation that drove rates to that height is extinct today, but even a small rise in borrowing costs will have an impact on housing.

Mr. Alexander’s 10-year view is that housing prices will increase by an average rate of inflation plus one to 1.5 percentage points, instead of the real returns of 2 to 3 per cent in the past several years. But he also warns of a “reversion to the mean,” a term that stock market investors should be familiar with.

It means that when a financial asset has a really good run, it’s wise to expect a period of weaker performance that brings the longer-term numbers back to the mean (the midpoint between the high and the low). A period of price stagnation could bring average price gains back to the mean, and so could a price decline.

When you invest in the stock market, you’re supposed to keep your eye on the long term and not worry about upsets along the way. The same applies to housing, although keeping a cool head in a declining market will be hard. A lot of owners have only lived in a world of rising prices.