So you are bankrupt, does that mean you can’t buy a house? – Consult with a Vancouver Mortgage Broker 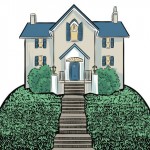 Nobody will loan you money for a cup of coffee, let alone provide you with a mortgage on a house.

When will our hunger for debt abate?

Canadians’ collective debt mountain is now $1.422-trillion, and experts agree if we don’t slow down there will be trouble. Here are some tips for breaking the habit

Can you ever come back from that type of credit meltdown, one that even saw you declare bankruptcy? The answer is yes but it will take time.

“It may sound counter-intuitive but for some people filing a bankruptcy or a consumer proposal may be the quickest way [to home ownership],” says Andy Fisher, a trustee in bankruptcy with A. Farber & Partners Inc. “There are people who are carrying a lot of unsecured debt where it is difficult to carry that debt and save money to buy that house.”

Filing a consumer proposal or declaring bankruptcy allows a consumer to reduce those debts immediately and come up with some sort of payment plan.

“They owe $60,000 plus interest on unsecured lines of credit plus credit cards, etc. They do a consumer proposal for $21,000 without interest and the money they are saving would allow them to save more money to buy a house,” says Mr. Fisher.

There’s no question when it comes time to buy a house, your credit rating will be a key factor in whether a bank will loan you the money. A bankruptcy is not going to help with that. But lenders will also look at what your down payment is relative to the value of the house and what you are currently earning.

That person with loads of unsecured debt may have a better credit rating because they’ve managed to stay afloat but could be considered a bigger risk when it’s time to borrow for a house because their financial position is weaker.

Reestablishing that credit is a little trickier. One way to start is with a car loan. RRSPs loans also work well because banks are willing to lend the money out because they know where the investments are located.

Bankruptcies stay on record with the credit bureau for six years after they are discharged and Mr. Fisher says on average stay on your record for eight years, the extra two being the time to pay back the debt agreed to at proceedings.

“I’m not suggesting you go bankrupt to try and buy a house,” Mr. Fisher said, emphasizing consumers need to understand a bankruptcy won’t leave them shut out of home ownership forever.

Paul LeFevre, director of operations of Equifax Canada Inc., said coming up with the credit score is a trade secret but he can provide a little insight into what goes into it.

“You could go over your limit at the store and the payment will go through but that will have a significant impact on your score,” said Mr. LeFevre.

If you forget to make a couple of credit card payments after you declare bankruptcy, you have shot yourself in the foot with the majority of lenders

“You have to have your home and you need to get to your work [so you are more likely to pay those debts],” says Mr. LeFevre.

The final component is the history of background checks on your credit. People who seek credit a lot are considered higher risk and that can account for up to 10% of your score.

“Applying for a product won’t kill your score on its own” he says, adding the best advice he can give any consumer who currently can’t get a home mortgage is “pay every bill on time and pay down or eliminate all existing balances.”

Rob McLister, editor of Canadian Mortgage Trends, says people who have gone bankrupt are not a “tough sell” from the lender point of view, if they have fully established their credit.

“Generally the rule of thumb is they need a two-year track record of paying their bills on credit or car loans on time [after discharge],” said Mr. McLister, adding usually that means credit cards limits or loans outstanding worth $2,000 or more.

All this applies to prime lenders, the people you’ll need to hook up with to get those record-low interest rates on mortgages.

“You can still apply with a non-prime lender. There are people who will give you a loan the day after bankruptcy,” said Mr. McLister. “If you want the best rates and terms, you have to show them you have good credit.”

There are some lenders who will “up charge” or increase your interest rate until a bankruptcy falls completely off your credit report but they are generally second-tier lenders and not banks, says Mr. McLister.

You still need reasonable debt limits and a good job but the real issue after discharge is making sure you have a flawless record. No missed payments whatsoever on even the smallest debt.

“If you forget to make a couple of credit card payments after you declare bankruptcy, you have shot yourself in the foot with the majority of lenders,” said Mr. McLister. “You have to earn a lenders’ trust and by default the lender is not going to have the same trust with a post-bankrupt as opposed to a well-qualified customer.”

A second bankruptcy? That’s about as bad a credit risk as you can get. “You are going to be relegated to the world of non-prime lenders after that,” he says. “I’ve never had a double bankruptcy, I would just send them away.”