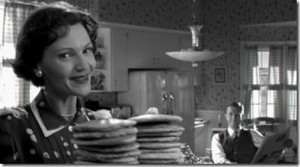 Even if inflation does return to its 2% target, that alone isn’t enough reason for the Bank to raise rates.

So essentially, it’s Pleasantville right now for variable-rate borrowers, with no hikes in sight.

In terms of what it would take for the BoC to actually lower rates, it would likely need at least 2-3 more months of weak economic data (be it falling exports, business investment, inflation or employment).

Fixed income traders believe that could happen. They’re now betting more heavily on a rate cut by October than a rate hike or no change combined. That reflects a key change in market-wide rate expectations over the last month.

Economists, as is often the case, have a different opinion. Those polled by Reuters expect the next rate move to be an increase in mid-2015. (Source: Globe and Mail)

The next Bank of Canada rate meeting is March 5.