Experts warn of danger ahead when these young people, who have no experience in interest rate shocks, face a spike in mortgage payments. Read on “High household debt and a still-overvalued housing market remain important domestic vulnerabilities,” the Washington- based group said Tuesday in its World Economic Outlook. Those risks “call for continued vigilance and may require addition 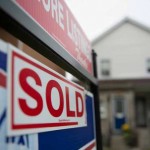 Finance Minister Joe Oliver said last week he doesn’t see a housing bubble in Canada, adding that past rule changes have been effective in curbing rapid price gains. While the IMF has called for the country to limit the use of government-backed mortgage insurance to limit taxpayer risk, Oliver said that any future steps he takes will be gradual.

Canada will have “more balanced growth” through 2015 as exports and business investment pick up, the IMF report said.

Gross domestic product will increase by 2.3% this year and 2.4% in 2015, the IMF forecast, roughly unchanged from its July outlook. Exports will be lifted by a weaker Canadian dollar and stronger U.S. demand, the IMF said. U.S. economic growth will quicken to 3.1% next year from 2.2% this year.

Bank of Canada Governor Stephen Poloz has kept his benchmark interest rate at 1%, extending a pause that now exceeds four years. The IMF said “accommodative monetary policy remains appropriate” because of slack in the economy and modest inflation.

Inflation will match the central bank’s 2% target next year and the unemployment rate will fall to 6.9% from 7%, the IMF said. Canada’s jobless rate was as low as 5.9% in September 2007, before the last recession. Bloomberg.com