Home sales in Canada’s two largest cities continued their surge in August from a year earlier. 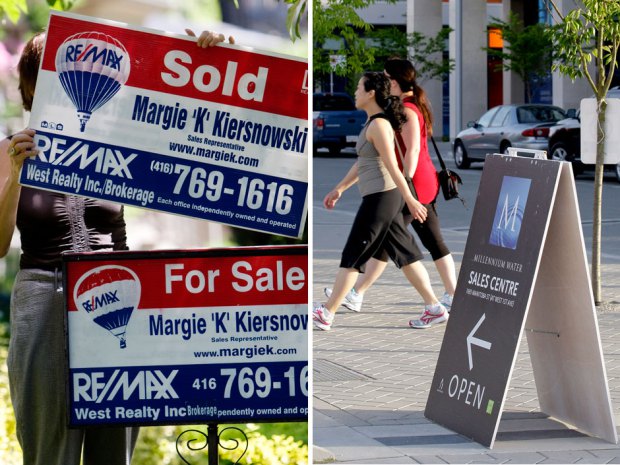 Why real estate doomsayers continue to be wrong

Still believe Canada’s housing market is going to implode? You’re not alone, but it hasn’t happened yet. Read more

Housing-market data are showing few signs of a hard landing after warnings from economists and policy makers that a bubble may have been forming. Buyers have adjusted to tighter mortgage rules imposed last year, according to Diane Usher, president of the Toronto realtor group.

“Many households have accounted for the added costs brought on by stricter mortgage lending guidelines and have reactivated their search for a home,” User said in today’s statement.

Other regions and cities recording double-digit sales gains in August include Victoria and the Fraser Valley areas of British Columbia, and Calgary.

The average price of a home sold in Toronto was $503,094 in August, the Toronto realtors group said Thursday.

There are signs the country’s housing market may be losing some steam. Existing home sales recorded their smallest monthly gain in five months in July, the Canadian real estate association said Aug. 15. Banks including Royal Bank and Toronto-Dominion, the two largest lenders, also have raised mortgage rates in recent weeks to reflect higher yields in the bond market.

The Canadian Real Estate Association publishes aggregated national data around the middle of each month.