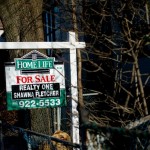 Canada Mortgage and Housing Corp., the Crown corporation that controls the vast majority of mortgage default insurance in the country, says it plans to get out of the market for second homes and is adding restrictions for self-employed Canadians.

Effective May 30, CMHC said it will discontinue insuring second homes and will require self-employed Canadians to have third party income income validation.

The Crown corporation said the changes are being made as part of its review of its mortgage loan business. The organization has already said it is raising rates across the board May 1, a move that comes after the federal government last year appointed a new chair for CMHC and brought in a new chief executive.

“CMHC helps Canadians meet their housing needs and contributes to the stability of the housing market and finance system” said Steven Mennill, senior vice-president, insurance, in a release. “As part of the review of its mortgage loan insurance business, CMHC is evaluating its products and services to ensure they are aligned with these objectives.”

The agency said it’s the first set of changes resulting from the review of its operation. The Financial Post reported this month that Evan Siddall, a former investment banker brought in as CEO, has been asked about the possibility of a risk-based method of assessing mortgage default insurance. Sources say the new CEO has told people he doesn’t disagree with the principal of risk-based insurance.

The changes announced Friday affect a small portion of the market. CMHC said its second home and self-employed without third party income validation business account for less than 3% of CMHC’s insured business volumes in units.

“Given the limited use of these products, their discontinuation is not expected to have a material impact on the housing market,” the agency said in a release.

CMHC first introduced the program for self employed people in 2007 in response to “industry competition” which at its peak saw some U.S. players enter the market and encourage changes that created amortization lengths as long as 40 years. The government has since restricted loans to 25-year amortizations.

The second home product was introduced in 2005 and applied when purchasing an owner-occupied second home anywhere in Canada.

CMHC said it will limit the availability of homeowner mortgage loan insurance to only one property (one to four units) per borrower/co-borrower at any given time.

Benjamin Tal, deputy chief economist with CIBC, said the announcement was not “a big surprise given the mandate of providing more stability. That might not be the end of it. We might see more coming from CMHC.”