Is helping children buy their first home becoming ‘the next parental responsibility’?

It’s the type of family support that some people will be proud to give and others will be jealous they never got, but a new survey shows first-time home buyers are getting on average more than $10,000 from family members.

Why the price of your home may n 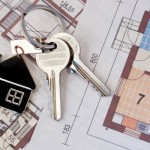 ot be climbing as much as you think

The average home price in Canada now tops $400,000 but unless you live in Toronto or Vancouver, you’re probably not cashing in on the housing boom The housing market is full of anecdotal tales of people receiving help from their parents to push them over the top in a bidding war or children getting just enough cash for a 20% down payment which helps them avoid costly mortgage default insurance.

But the study from the Canadian Association of Accredited Mortgage Professionals due to be released on Tuesday, a portion of which was released in advance to the Financial Post, shows that on average first-time buyers are putting down 21% of the purchase price and that on average about 13% of that money comes from family.

The latest data from the Canada Real Estate Association puts the national average sale price at $419,699. That would make the average down payment for a first-time buyer $88,137 and mean family was chipping in $11,458.

“I’m surprised it’s not even higher,” said Jim Murphy, chief executive of CAAMP. “I think there are a generation out there of retired people or people getting close to retirement who have a lot of wealth and there will be a transfer of wealth and that is including assistance on their home.”

Will Dunning, chief economist with CAAMP, said the online survey was done with 2,000 people in mid-October, asking them about their first home purchase. Responses went back to 1990 but, for people who bought their homes from 2010 to 2014, the average family support was 17% of the down payment.

“You hear about the unusual situations [about parents buying their children homes]. It’s like houses selling over list. The only ones you hear about are the ones that do sell for over list,” said Mr. Dunning.

The reality is that while there is plenty of family support, most first-time buyers are scraping together their own savings to buy a home. Personal savings accounted for on average 45% of the down payment, 28% came from another loan from a financial institution, 9% came from a Registered Retirement Savings Plan and 4% came from other sources.

Related One way to lose money even when you’ve made 5000% on your home Toronto and Vancouver home prices pass Rome and close in on Paris Jason Heath, a Toronto-based certified financial planner with Objective Financial Planners Inc., says in his practice he sees an increasing reliance on parental support to buy a home.

“For most middle class people I think helping out stops with education,” said Mr. Heath. “My general take on people with money and kids is: help them out to the point where they can help themselves out. I’ve got nothing against people who want to spend their last dollar on their last day. It makes you wonder if this isn’t the next parental responsibility. Forget saving up for education, parents will have to start savings for kids’ down payment.”

Bank of Montreal senior economist Robert Kavcic said there still isn’t enough data on parental support to prove what impact it is having on the housing market, namely whether it has been inflationary.

“I’d guess the impact is probably not that big, that it is still at the margins,” said Mr. Kavcic. “You presume support is increasing because valuations are up but it would be a guess with no data.”

Tighter mortgage rules, which restrict government-backed loans on properties worth more than $1-million, may be playing some part in people helping out of their children, said the economist. “You basically need 20% down if you are looking at a detached home [in Toronto or Vancouver],” he said. “The support might be more important and necessary.”

Kevin Lee, chief executive of the Canadian Home Builders’ Association, says family support is a function of the affordability issues now in the marketplace.

“It’s a barrier that is in front of young families and they need that financial gift from the bank of mom and dad just to get into the housing market. That is part of the affordability crisis we are seeing and it is a way around it, but how long can it last?” says Mr. Lee.

Scott Hannah, the Vancouver-based chief executive of the Credit Counselling Society, cautions parents really need to encourage children to save at the same time as they are giving them money.

“You really want them to have some skin in the game,” he said. “The worst case I’ve seen was a woman who came to me and said she helped her son with a $150,000 down payment and that got [her son and his wife] into a $600,000 home. They ran up a line of credit, because once you have a home you can get a line of credit. They couldn’t manage it and the parents bailed them out of that. I told her ‘if you don’t help your son get financially independent, he’ll be coming to you in his 40s.’ The line went silent and she said ‘he’s 43′.”