Should you Lock in your Mortgage? – Contact Bruce Coleman

Should you Lock in your Mortgage? 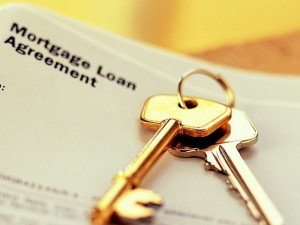 Many analysts are of the opinion that it wouldn’t be such a bad idea to lock in your mortgage for the next 5 – 10 years.

However, they also suggest that you shouldn’t overlook a variable rate even with today’s somewhat turbulent interest rates. It might sound somewhat risky to do so as some international markets continue to be unpredictable and volatile.

Whenever one country appears to be approaching a critical level, interest rates tend to be lowered, but the question remains whether this trend can be depended upon to continue.

The banking regulators continue to tinker with the mortgage rules especially when it comes to high-down-payment mortgages.

Most savvy borrowers seem to be of the mindset that the trend will eventually come to an end so the question is how can you keep your mortgage cost low and protect yourself against future rate increases.

One approach that you could take is to lock in your mortgage. If you have a variable mortgage you can change it to a fixed-rate mortgage at no cost to you and go with either a 5 year or ten year fixed mortgage. Some lenders have increased their 5 year fixed mortgages by 0.2 of a percentage point just recently.

The reason is that they were reacting to an increase on the 5 year Government of Canada bonds. Bond yields as you know often impact how mortgage rates perform, but the market is still so competitive that lower rates are still to be found. But, it still might not be a bad idea to lock in your rate.

On the other hand, other analysts say there is no immediate rush to do so because the international economy is still somewhat wobbly and it wouldn’t take too much to cause rates to be lowered further. The main area of concern centers on certain economies in Europe. Both Japan’s economic practices and slower growth in China may also be impacted by the sluggish recovery of the U.S. economy.

If the Bank of Canada does adopt an approach of increasing the rate of inflation, this is another argument that some analysts still think that it might be better to lock in your rate now as opposed to later on.

The prime rate is governed by the Bank of Canada and that rate has remained at 1% since September 2010 and is expected to remain so until the later portion of next year. The prime rate isn’t impacted like bond yields which are affected by large institutional investors and the rise and fall of the stock market which affects bonds.

Many see the 5 year bond yield as moving towards more normal levels but they may continue to increase for about another year or so before doing so.

With such volatility in the air, many experts feel you simply can’t go wrong if your lock in your mortgage for either a 5 or ten year period.