Not the Time for a 10-year Fixed – Consult with Bruce Coleman, Vancouver Mortgage Broker

OK let’s rephrase that. It’s not the time for a 10-year fixed for well over 90% of Canadianmortgagors. 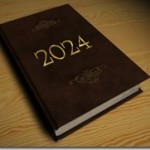 There was a time last year when thespread between 10-year and 5-year fixed rates was below 3/4 of a percentage point. That made even the 10-year scoffers among us rethink our positions. But spreads are now back over 1%. That means 10-year terms simply aren’t worth the interest premium anymore (for all except the most payment sensitive borrowers).

Historically, the odds are stacked against 10-year terms (more on that). But the real turn-off is the fact that 5-year rates would need to climb 2.50% higher by the time a 5-year fixed matured, in order for a 10-year to cost you less.*

That could happen of course, but life is an odds game; the rate risk factors just aren’t as threatening as in the past:

Against this backdrop, some feel that five-year rates may have a hard time rising even 200 basis points in 60 months.

But interestingly, Desjardins projects just a 1.46 bps jump in 5-year mortgage rates during that same period (which implies spread compression between mortgage rates and funding costs).

In any event, if Vegas posted 2.50% as the over/under for how high 5-year rates would go in 60 months, well-qualified Canadians would be smart to bet on the under.