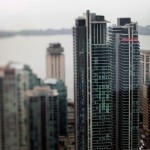 RBC says that attitude is also reflected in buying intentions, with interest from the 25-34 age group rising to 41% in the latest poll compared to just 25% in 2013.

Top factors considered by those who intend to buy this year include job stability and manageable debt.

And, among those likely to buy a home within the next two years, RBC says four-in-10 will be first time homebuyers.

“These findings, which are uniform across Canada, are the result of a number of factors, including job stability and having saved enough for a down payment.”